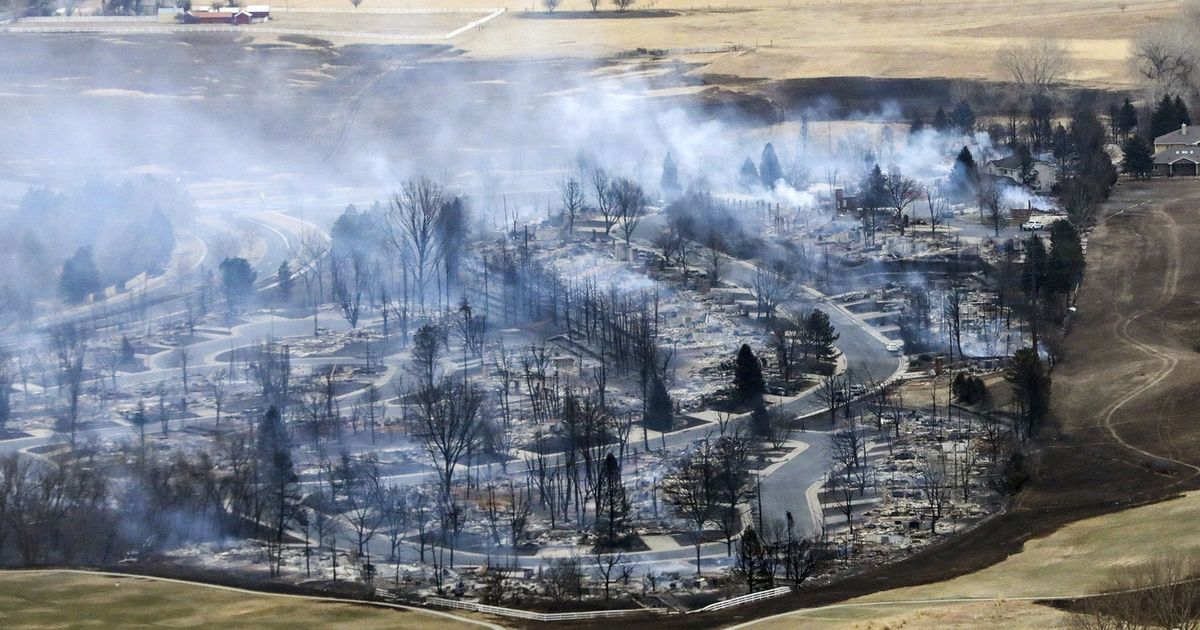 The fires that destroyed entire neighborhoods “in the blink of an eye” in the US state of Colorado were dying out on Friday, as heavy snowfall smothered the last embers.

Destruction is great in Louisville, Colorado on December 31, 2021. [Jack Dempsey – Keystone/AP Photo]At least 500 houses went up in smoke and at least 33,000 people were forced to evacuate their homes, but no deaths have been reported so far, “a miracle” according to Governor Jared Polis.

The damage is nonetheless startling: in aerial images, entire streets are little more than piles of smoldering ash. The fire, unlike previous fires, affected suburbs and not just rural areas.

“Families had just a few minutes to put everything they could – their pets, their children – in the car and leave,” Jared Polis said Friday at a press conference. It happened “in the blink of an eye”, he said.

>> Lire: Hundreds of homes destroyed by fires in Colorado

Impressive flames tore the sky, fanned by strong winds, which blew up to 160km / h on Thursday (read box). The fire was reportedly caused by power lines falling on barren ground.

The final number of houses destroyed is not yet known. Boulder County Sheriff Joe Pelle estimated it Friday to be over 500, saying he wouldn’t be “surprised if it was over 1,000.”

The fire was consumed “in a mosaic”, sparing certain neighborhoods to devastate neighboring houses, he explained. “When you see the devastation, it’s unbelievable that we don’t have a list of 100 missing people, but we don’t,” the sheriff said. 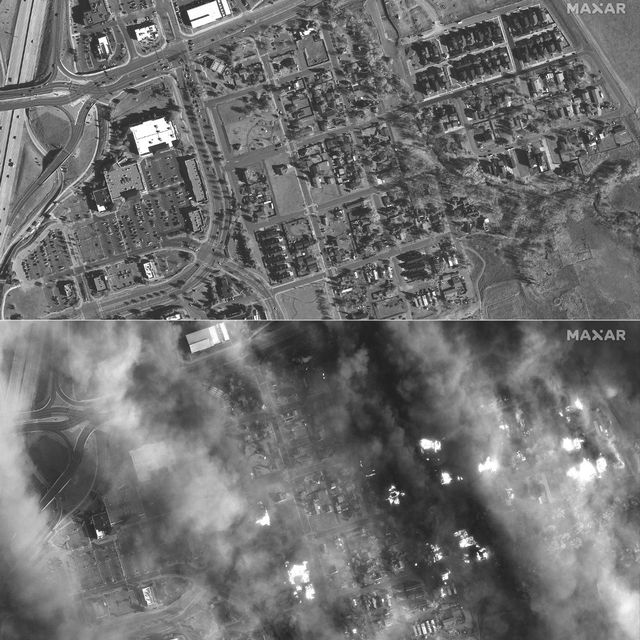 Above, the town of Superior, Colorado, early in the morning of December 30 and filled with smoke (bottom), in the same afternoon. [Image satellite ©2021 Maxar Technologies – AFP]In a call with Governor Polis, President Joe Biden promised that “everything would be done to provide immediate relief to affected individuals and populations,” according to the White House.

Snow on the ashes

Friday, a layer of snow settled on the ashes of these devastating fires, striking contrast with the furnace of the day before.

The US Weather Service (NWS) has placed part of this mountainous western state on winter storm alert, predicting heavy rainfall in the coming days.

This snow will “really help us”, welcomed Joe Pelle, saying he no longer expected the fire to develop. Some of the evacuation orders were lifted overnight by local authorities.

72-year-old townsman Patrick Kilbride was at work when he was ordered to evacuate but could only save his car and clothes. “Only ashes remain” of the house he lived in for three decades, he told the Denver Post.

People living in Superior, like the roughly 20,000 people residing in Louisville, have been ordered to boil tap water or use bottles as cities use untreated water to combat fires.