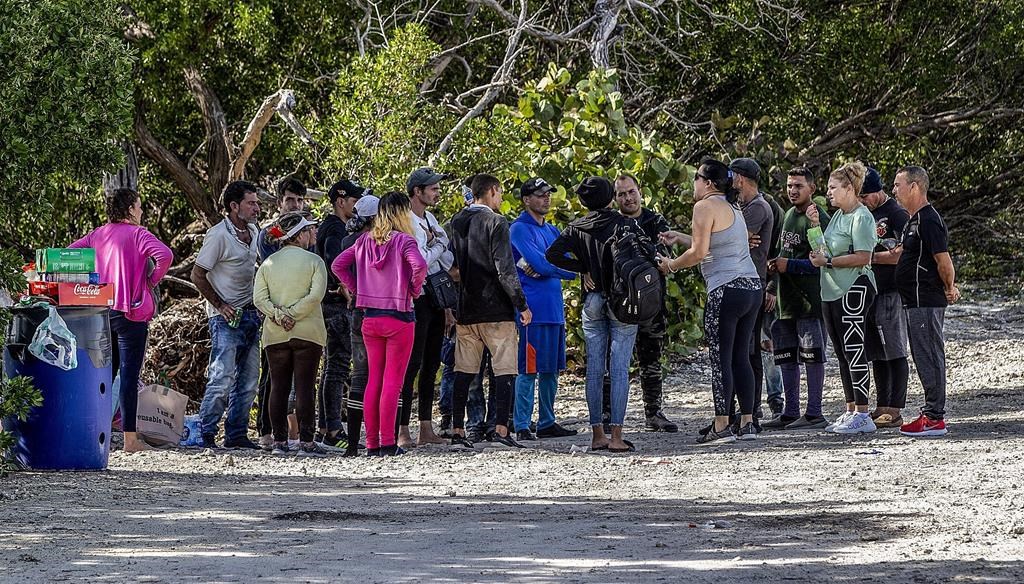 KEY WEST, Fla. — At least 500 migrants have arrived in small boats along the Florida Keys archipelago over the past few days in what the local sheriff’s office described Monday as a “crisis.”

Economic turmoil, food shortages and soaring inflation in Cuba and other parts of the Caribbean are spurring the latest wave of migration. Over the weekend, 300 migrants arrived in the sparsely populated Dry Tortugas National Park, about 113 kilometers west of the city of Key West.

The park was closed so law enforcement and medical personnel could assess the group before moving them to Key West, the park said on Twitter.

Separately, 160 migrants arrived by boat in other parts of the Keys over New Year’s weekend, officials said. On Monday, 30 people from two new groups of migrants were found in the Middle Keys.

“Refugee arrivals take a lot of resources from the sheriff’s office as we help our federal law enforcement partners ensure migrants are healthy and safe,” said Ramsay, whose the office’s jurisdiction includes the Florida Keys.

This shows the absence of a working plan on the part of the federal government to deal with a problem of mass migration that was foreseeable.

Officials at Dry Tortugas National Park said they expect the park to be closed for several days due to the space and resources needed to deal with migrants. The national park sits at the southern tip of the continental United States and attracts scuba divers and snorkelers for its coral reefs, nesting sea turtles, tropical fish, and shipwrecks.

“Like elsewhere in the Florida Keys, the park has recently seen an increase in the number of people arriving by boat from Cuba and landing on the islands of Dry Tortugas National Park,” the National Park Service said in a news release.

In addition to the migrants who landed in the national park over the weekend, another 160 migrants arrived in the Middle and Upper Keys. At least 88 of the migrants are from Cuba, U.S. Customs and Border Protection said in a Twitter post.

U.S. Border Patrol and Coast Guard crews policing South Florida and the Keys have seen the biggest spike in boat migration in nearly a decade, with hundreds intercepted in recent months , mainly people from Cuba and Haiti.