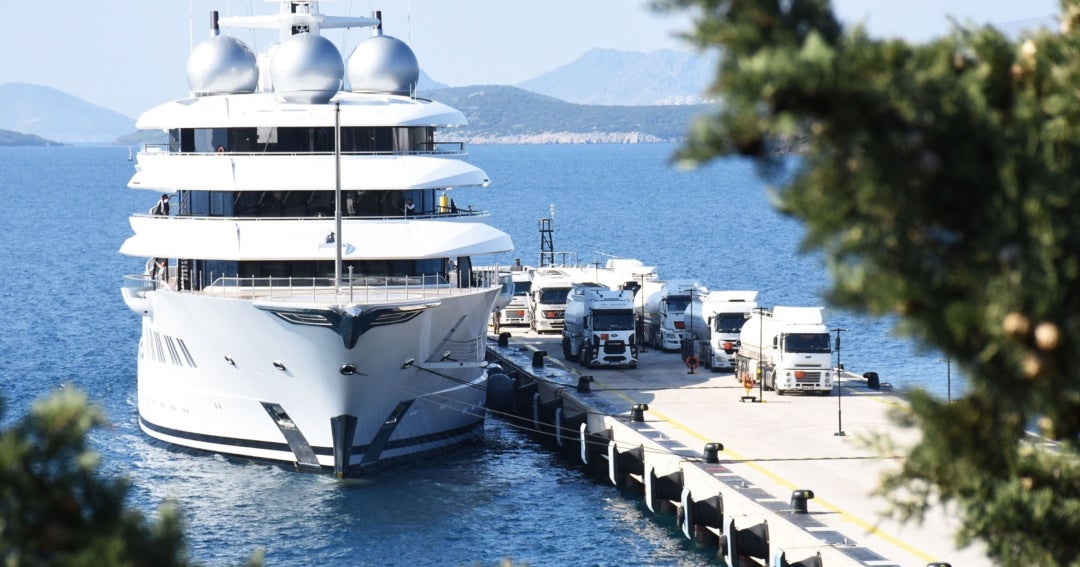 US authorities are already sailing the $325 million superyacht they seized last week and which is linked to Russian billionaire Suleiman Kerimov to Hawaii, a major victory as the US seeks to seize Russian assets and punish oligarchs for encroaching on Russia. Ukraine from your country.

The 348-foot Amadea, now sailing under an American flag and crewed by an entirely new crew, is headed for the US Hawaiian Islands and was last seen about 160 miles from Honolulu, according to ship data compiled by Bloomberg and space-based analytics. firm Spire Global Inc.

That would be a journey of about 3,100 miles from Fiji, where the Supreme Court lifted a stay on June 7 that had barred the US from legal challenges.

“It makes sense that it would go to Honolulu, as that is the closest port where the US could dock it and hold it until it can get rid of it in whatever procedure it can be taken,” said Ian Ralby, executive director of IR Consilium, a security consultancy and maritime law. “That’s a pretty logical destination.”

Wealthy tycoons have appealed before to get off European Union sanctions lists and fight asset seizures. The United States and other governments are likely to face rounds of legal challenges as they move to sell the multibillion-dollar floating palaces and other assets. More than a dozen yachts worth more than $2.25 billion have already been seized as part of the campaign, fueled by the Russian invasion of Ukraine.

Today, with authorization from the Fijian High Court and under a new flag, the Amadea set sail for the United States after having been seized as the proceeds of criminal evasion of US sanctions against Russian oligarch Suleyman Kerimov. (1/2) pic.twitter.com/JHiYUDKcmQ

US President Joe Biden has pushed for legislation passed by House lawmakers that would allow US authorities to seize yachts and other assets from sanctioned Russians, liquidate them, and use those funds for the benefit of Ukraine. The EU is considering similar measures.

The legal owner of the superyacht, Millemarin Investments, has claimed that the vessel is not owned by Kerimov, as the United States alleges, but by another Russian tycoon: Eduard Khudainatov, the former chairman and CEO of oil and gas giant Rosneft Oil.