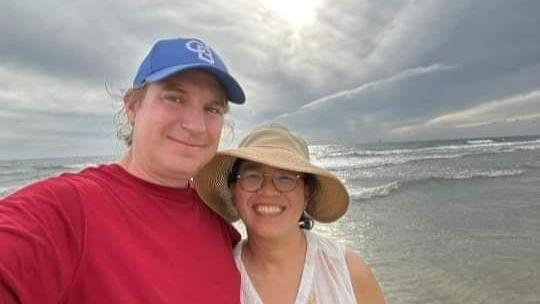 Puerto Peñasco, Sonora.- A couple from the United States disappeared after they went out for a kayak ride in this port and their search was activated on Friday, November 25, reported the State Coordination of Civil Protection of Sonora on your Facebook account this Saturday.

It is not clear from the post when the couple disappeared.

In its most recent publication around 3:30 pm on Saturday, Sonora Civil Protection indicates that the search continues and requests the support of the state government.

“Tours have been carried out in 4 private aircraft, in areas of Puerto Libertad, Puerto Lobos, El Desboque, La Isla San Jorge, Playa encanto, Playa la Cholla and Golfo de Santa Clara, without news at the moment, Requesting the support of the Government of State,” the post reads.

Until noon this Saturday, the search for the North American couple continued by elements of the Municipal Civil Protection and the Firefighters of Puerto Peñasco, under the command of Captain Alan Ontiveros, said the Coordination of Firefighters and Civil Protection of this city through your Facebook account.

“The initial report indicates that two people of foreign origin went out for a ride in a smaller kayak-type boat, both (sic) lime green, and so far no one knows about them,” says the publication on that social network.

The statement published on Facebook adds that a land search was organized throughout the beach area in coordination with elements and units of the Naval Zone of the Secretary of the Navy, as well as the group of motorcycle drivers Koralillos’s Off Road, “with results negative so far.

The State Coordination of Civil Protection also announced through its official Facebook account that it maintains coordination with the Secretary of the Navy and municipal authorities in the search for the two people of American origin who disappeared in Puerto Peñasco after a kayak trip.

He adds that the search will be reinforced with reconnaissance flights from the Navy and by land from the Secretary of Public Security and municipal authorities of Puerto Peñasco.

No authority has reported where in the United States the couple is from, but in a Facebook group called “Puerto Peñasco fans and Community,” one person wrote that the family of the missing was traveling from Flagstaff to meet with the daughter of the couple, who was in Puerto Peñasco them.

In that same group on Facebook, the disappeared are cited as a man named Cory Allen and a woman named Kim Allen, aged 50 and 54, respectively. These data have not been confirmed by the authorities.

Many people and organizations from Puerto Peñasco and elsewhere have joined the search and offered help with motorcycles, gas, boats and other resources.

Be the first to know

Get local news delivered to your inbox!