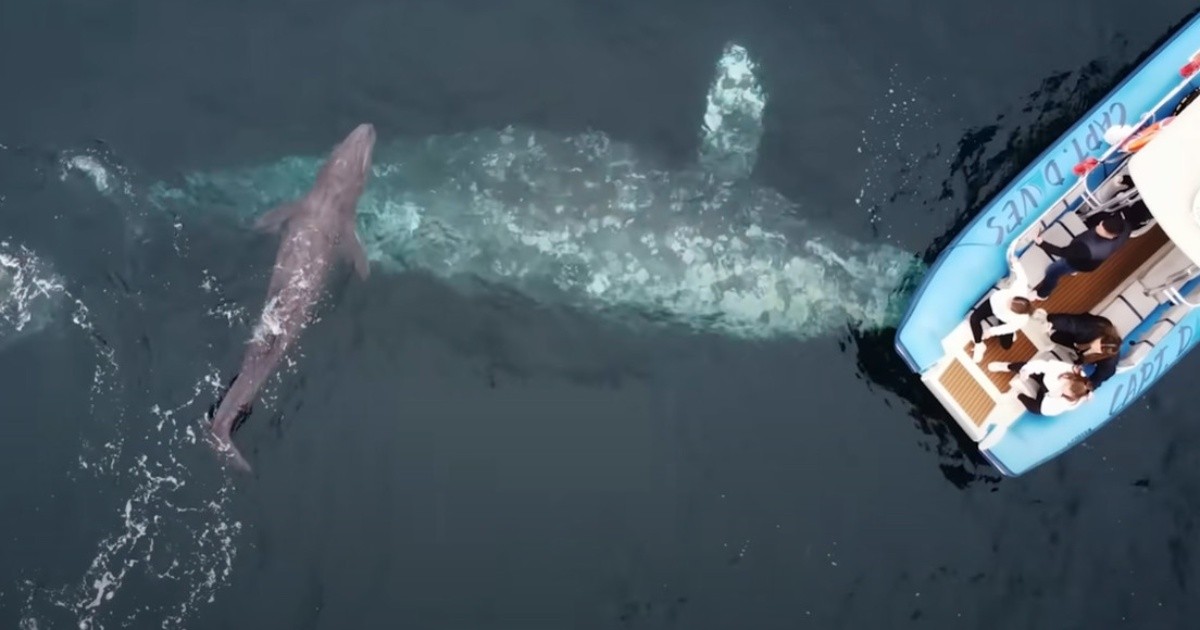 A tour group in California was impressed when a huge whale Gray gave birth in front of her observation yacht.

The tourists were able to see a female of this species of cetacean mammal, about 12 or 15 meters, face up near Dana Point, in south Los Angeles. Seeing her in this position, they initially thought that she might have been injured by sharks or killer whales.

Soon the whale righted itself and a calf emerged from the blood-stained waters. The small cetacean began to swim around its mother, indicates RT.


Gary Brighouse, captain of the boat operated by the tour company Capt. Dave’s Dolphin & Whale Watching Safari (DWWS) said it is very rare to see a whale of this species give birth in the area.

Gray whales usually give birth in the warm, sheltered lagoons of Baja California, Mexico. The lagoons provide security against predators such as killer whales, and their warm waters are optimal for their young, since they still do not have the thick layer of fat.

The clip, posted on the DWWS YouTube channel, shows the animals swimming together, with the mother occasionally pushing the calf to the surface, letting it rest on top of her body.

Newborn gray whale calves are about 4.5 meters long and their weight increases by more than 22 kilos a day. He basically feeds on mother’s milk. Mothers of this species can lose 30% of their body weight by nursing a young on milk, which contains more than 50% fat.

The recording may be the only filmed evidence of the birth of a gray whale calf.

“To the best of my knowledge, no one has filmed a gray whale giving birth,” DWWS owner Dave Anderson told Live Science.