A train rammed a patrol with a detained person 1:26

(CNN) — Colorado police released videos showing the moment a train hit a police patrol in which a detained suspect was handcuffed.

The Fort Lupton Police Department released body camera footage and patrol video Friday showing Yareni Rios-Gonzalez inside a vehicle that was struck by a train. Rios-Gonzalez is hospitalized with multiple injuries, but she is expected to survive, the Colorado Bureau of Investigation reported.

The newly released video of the incident, from September 16, shows Ríos-González, a suspect in a road incident, asking why she was detained while handcuffed and then put into a patrol car that was parked on the train tracks, a few meters away. behind your vehicle. 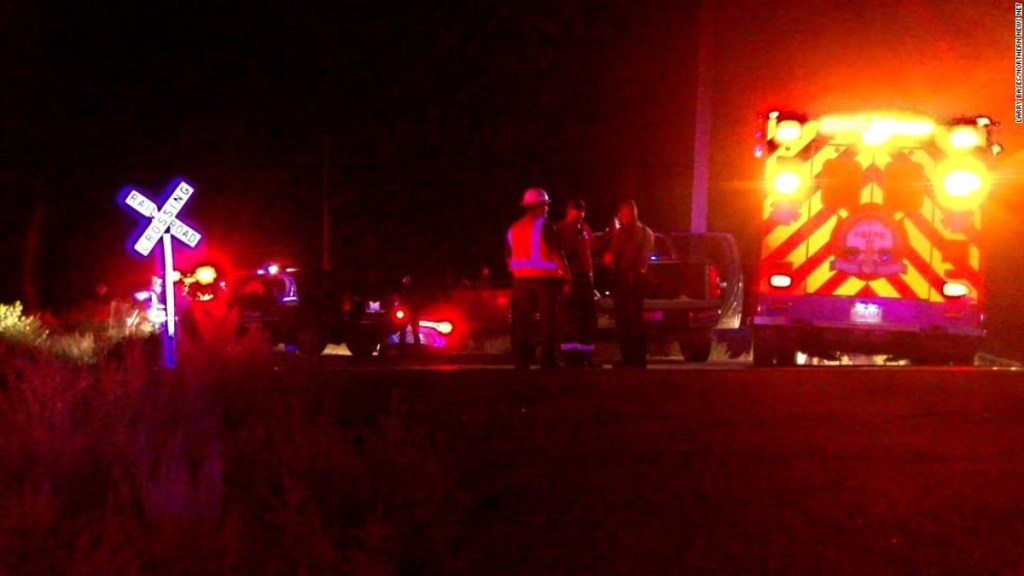 Rios-González is left alone in the vehicle while agents search her truck. Minutes later, a train horn is heard and officers express alarm as the train collides with the patrol car, crushing the side and pushing it several feet into a field. Agents can be heard on the video calling for medical assistance.

Paul Wilkinson, an attorney for Ríos-González, told CNN on Saturday that she was desperate to get out of the vehicle as the train approached.

“When he was in the back of the car, he could see the train coming,” Wilkinson said. “She was desperately trying to get away, trying to open the doors, but she was handcuffed.”

Rios-Gonzalez tried to get out of the patrol car on his own and tried to get the officers’ attention by yelling, Wilkinson said.

“I don’t know if they just couldn’t hear her or if they were too busy looking in her car, but she saw it coming and she prepared for the worst,” he said. “And as you can imagine, she passed out and woke up in the hospital. She’s obviously very upset.”

Ríos-González suffered multiple injuries, including nine broken ribs, a broken arm, broken teeth and head injuries, according to Wilkinson. As of Saturday, she remained in the hospital.

The vehicle that was struck was a Platteville Police Department cruiser assisting with the traffic stop. Platteville Police Chief Carl Dwyer said the officer who parked on the train tracks has been placed on paid administrative leave pending an investigation by the CBI. Neither police department has identified the officers involved in the incident.

Fort Lupton police say the case they were pursuing against Rios-Gonzalez has been referred to the Weld County District Attorney.

Krista Henery of the Weld County District Attorney’s office told CNN on Saturday that “everything is still under investigation and no charges have been filed against the suspect/victim or any officers.”