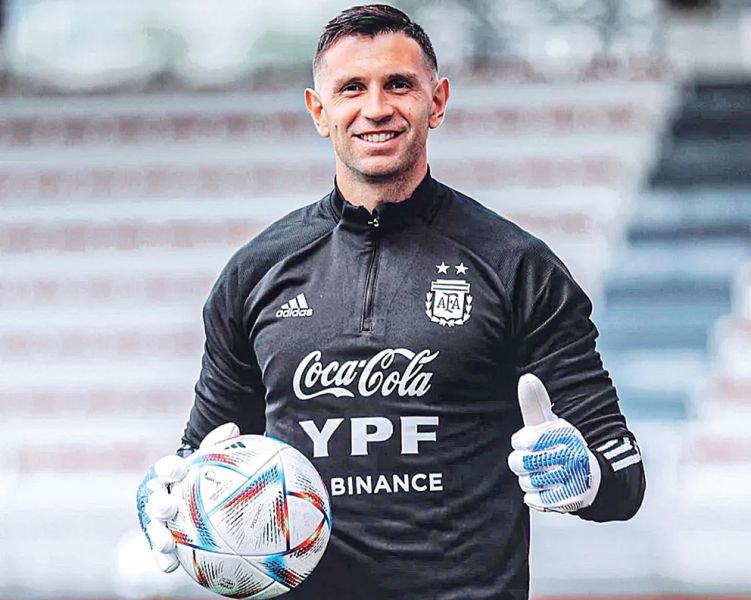 This added to the rumor that spread in England about the arrival of a new goalkeeper to replace him, forced the coach Unai Emery to explain the situation of the Argentine goalkeeper: “This was our plan. First we prepared Emiliano to rest a few days after the World Cup, and with Robin Olsen, the substitute goalkeeper, we are working to give him confidence, and confidence is when you can show yourself on the pitch and play good games.” “Emi will train and is close to playing with us again but after today , we can trust Robin Olsen,” Emery explained.
According to The Sun newspaper, the Villains propped up Jordan Pickford (Selection goalkeeper) as the ideal alternative in case Dibu leaves the Birmingham squad that is in twelfth position in the Premier League. We will have to wait for what happens in the following days. The truth is that on his return to England, Dibu returned to the team, but in this case, he was not in the starting eleven.

Arsenal – Newcastle, intense but without goals

Newcastle interrupted Arsenal’s triumphant series, in a goalless draw but with an intense pace and many dangerous situations.
Manchester United took another giant step by beating Bournemouth 3-0, while Brighton, with Alexis Mac Allister on the bench, thrashed Everton 4-1 away.
Another who won away was Fullham 1-0 over Leicester.
They play today, from 17, Aston Villa – Wolves and Crystal Palace – Tottenham with Cuti Romero from the start.
Napoli visit Inter

Date 16 of Serie A Italy, will be played entirely today, where on the cross between the leader, Napoli against Inter (16.45).
Milan, second 8 points behind Napoli, will visit Salerniana and Sassuolo will play Sampdoria, both starting at 8:30.
At 10.30 they will play. Spezia -Atalanta, Rome – Bologna (12.30) and Lecce – Lazio (12.30).
Finally, from 2:30 p.m., Juventus, with Di María and Paredes, will visit Cremonese.
Dybala’s medal

Paulo Dybala from Cordoba donated the gold medal won in the World Cup to Roma, his current club.