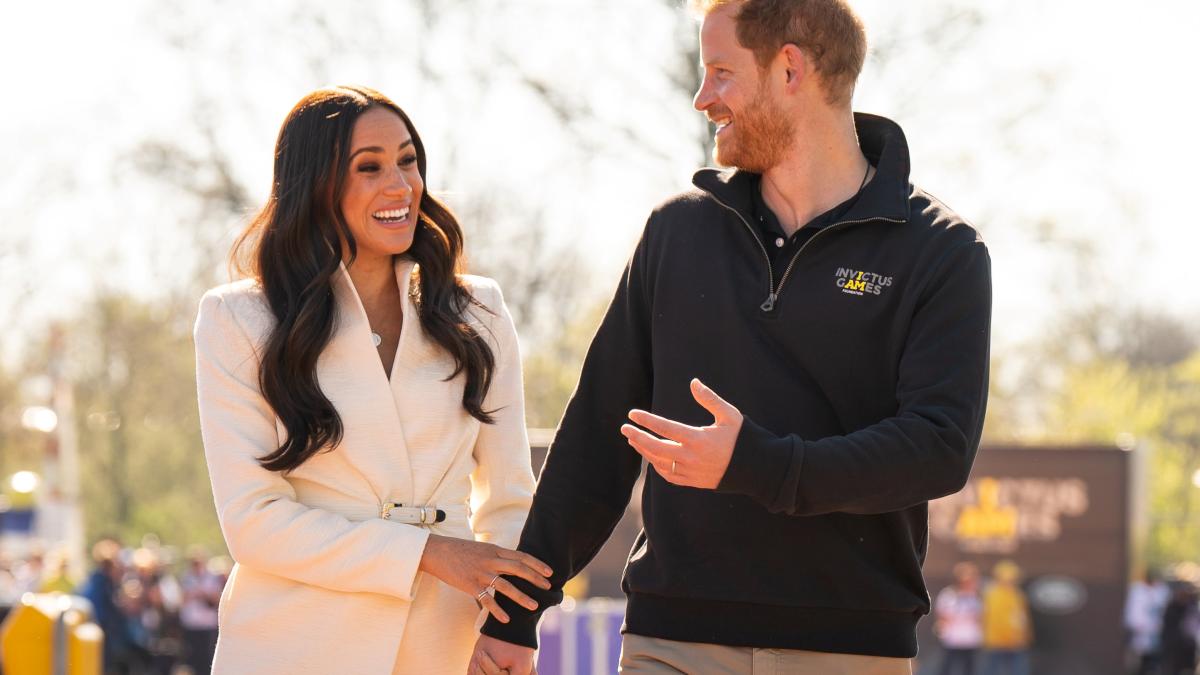 Prince Harry and his wife Meghan lead a lavish lifestyle even after they left the British Royals: their villa in California alone is said to have cost almost 14 million euros. Where does the money for this come from?

SSwimming pool, tennis court, nine bedrooms, home cinema and more than a dozen bathrooms: The villa in which Prince Harry (38) and Duchess Meghan (41) live in Montecito, California leaves nothing to be desired. The property, which has an area of ​​1,350 square meters and a spacious garden, is said to have cost almost 15 million US dollars (almost 14 million euros). Nevertheless, the Sussexes, as the couple is also known in Great Britain after their titles as Duke and Duchess of Sussex, chose an even more spacious property in neighboring Santa Barbara as the location for their Netflix documentary, which was released just before Christmas.

Possibly, the British newspaper “Telegraph” speculated with relish, the couple felt the urge to portray themselves as wealthier than they are. In Montecito they are “comparative paupers”, i.e. comparatively poor people. Hollywood giants and tech billionaires, who are said to have far more money than the royal dropouts, cavort in the community of around 8,000 souls. The “Telegraph” added the smug comment that Montecito is so exclusive that the couple may soon no longer be able to afford to live there.

In any case, it is a widespread view in the United Kingdom that the two of them have their eye on money in their publicity campaign over the past few weeks. According to a recent poll by polling firm Yougov, more than 40 percent of people in the UK believe financial interest is the main motive behind the publication of Prince Harry’s autobiography, Spare, in which he reveals many juicy details from the reveals the private lives of the royals.

There is no reliable information about her assets

But how much money do Harry and Meghan, who share their villa with their two children Archie (3) and Lilibet (1) and three dogs, really have? There is no reliable knowledge about this.

After the death of his mother Princess Diana, Harry reportedly inherited most of her fortune with his brother Prince William (40). According to the Telegraph, that was said to have amounted to £20 million (around €22.5 million) at the time of the payout – but had to be split in half with William. In addition, his father Charles (74) gave him a large amount as start-up aid when he left the royal family, British media reported. However, the flow of money from the palace subsequently dried up.

Meghan is said to have brought millions into the marriage as well. The US magazine “Forbes” estimated her net earnings from acting, most notably on the lawsuit series Suits, at $2 million.

But all that has been dwarfed by the couple’s alleged earnings since they left the royal circle in early 2020. Although there are no reliable findings here either, the deal is said to be with the streaming service Netflix, which also includes the belonged to the six-part documentary series “Harry & Meghan”, was worth 100 million US dollars (about 92.4 million euros). There are also other contracts such as the one with Spotify, which is said to have brought in $ 30 million. The couple wants to produce podcasts for the streaming service with their production company Archewell Audio. A season of Meghan’s Archetypes podcast has already been released.

Harry is said to have received $20 million alone as an advance for his autobiography. Whether this is true is unclear. In any case, it doesn’t seem entirely unrealistic. According to the BBC, ex-President Barack Obama and his wife Michelle are said to have raked in $60 million for a similar deal. And the book is selling like hot cakes. The English edition of the autobiography alone went over the counter or into the online shopping cart a total of 1.4 million times on the first day of its publication on Tuesday, according to the publisher Penguin Random House in the USA. Harry wants to have donated the equivalent of 1.8 million euros from his earnings.

Another source of income is Harry’s cooperation with talk show legend Oprah Winfrey. The pair co-produced a six-part mental health documentary series for the Apple TV+ streaming service called The Me You Can’t See. In addition, Harry has had a job as Chief Impact Officer at the coaching company BetterUp since 2021.

On the spending side, the couple had returned £2.4million (€2.7million) to the Sovereign Grant, the royal family’s taxpayer-funded coffers, for the refurbishment of their Frogmore Cottage estate in the grounds of Windsor Castle.

In addition to expenses for employees, travel, childcare and vehicles, the costs for the safety of Harry and his family should also be taken into account. With retirement from the inner circle of royals, Harry lost his right to police protection in the UK. A court is currently to decide whether he can use it for money. That he for the coronation of his father King Charles III. Traveling to London on May 6 is now unlikely, according to a report by The Sun.

But the ex-royal is also dependent on professional bodyguards around the clock in the USA and elsewhere. “Forbes” estimated the annual bill for it to two to three million US dollars. The amount is unlikely to decrease after his candid confession that he killed 25 Taliban fighters in the war in Afghanistan.

Given the high income, it seems unlikely that Harry and Meghan could soon run out of money. But it is questionable whether they can keep the cash flows generated by insights into their private lives flowing in the long term.