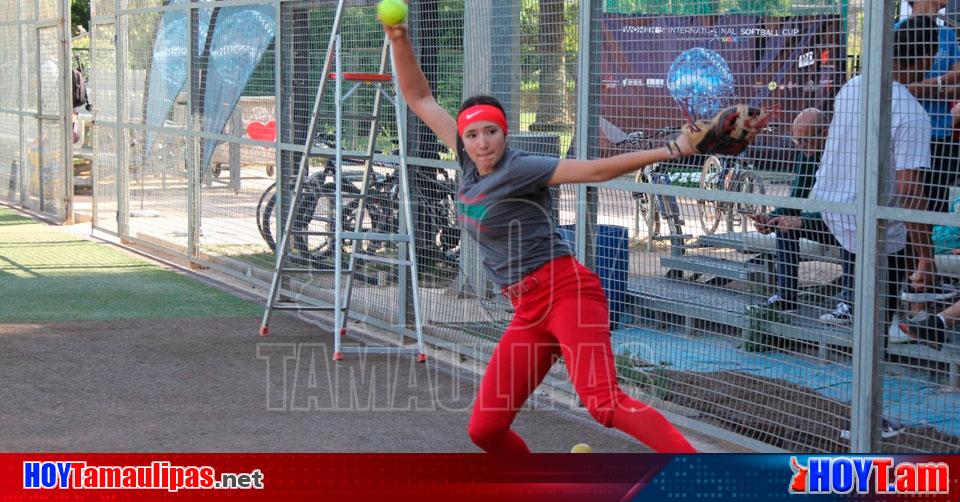 The activity of the Aztec team will take place from July 9 to 13 at the Hoover Met Stadium; the ninth national opening against his similar from Puerto Rico

Mexico City. – With the aim of recovering its international presence and demonstrating that it is looking for a new path, the Mexican women’s softball team will close its training in Tampa, Floridaof 9 al 13 of July, heading to the World Games Birmingham 2022.

The Hoover Met Stadium, it will be the stage where the actions of the national ninth will be carried out; its members are focused on having a good tournament and they will do it with a renewed team.

Mexico will open actions before Puerto Ricothen they will mediate forces against Japan and close the qualifying phase against Australia inside of the sector B.

According to the World Baseball and Softball Confederation (WBSC), Platoon A is made up of United States, Canada, China-Taipei e Italia.

The Mexican team, which is ranked fourth in the world ranking, arrives at the American event with a roster of new players, but with a good level of play to overcome the qualifying round from the first duel against Puerto Rico (5).

The Puerto Ricans enjoy an experienced roster that includes Karla Claudio, Jena Cozza and Alyssa Rivera, who competed in the WBSC Americas Olympic Qualifier in 2019, and who are the base of the team for the fair, but also with a portion of youth.

In the second game, the Mexicans will have the powerful Japanese team on the diamond, which is considered to take the crown of the competition due to its sporting level that it has shown in international competitions such as the title in the Tokyo 2020 Olympic Games.

While, in the third game against Australia, Mexico has another obstacle to overcome, although although it does not represent a complicated game, Stefanía Aradillas’ team must implement an offensive strategy to come out with the victory.

Mexico only has Datyana Forbes, Stefanía Aradillas, Anissa Urtez and Sierra Hyland as its base of that historic team that obtained fourth place in the Tokyo 2020 Olympic Games, the others are players from the national youth academy.

Softball was part of the World Games in the editions of Santa Clara 1981 y London 1985. At the 2009 Kaohsiung and 2013 Cali Games, it was an invitational sport.