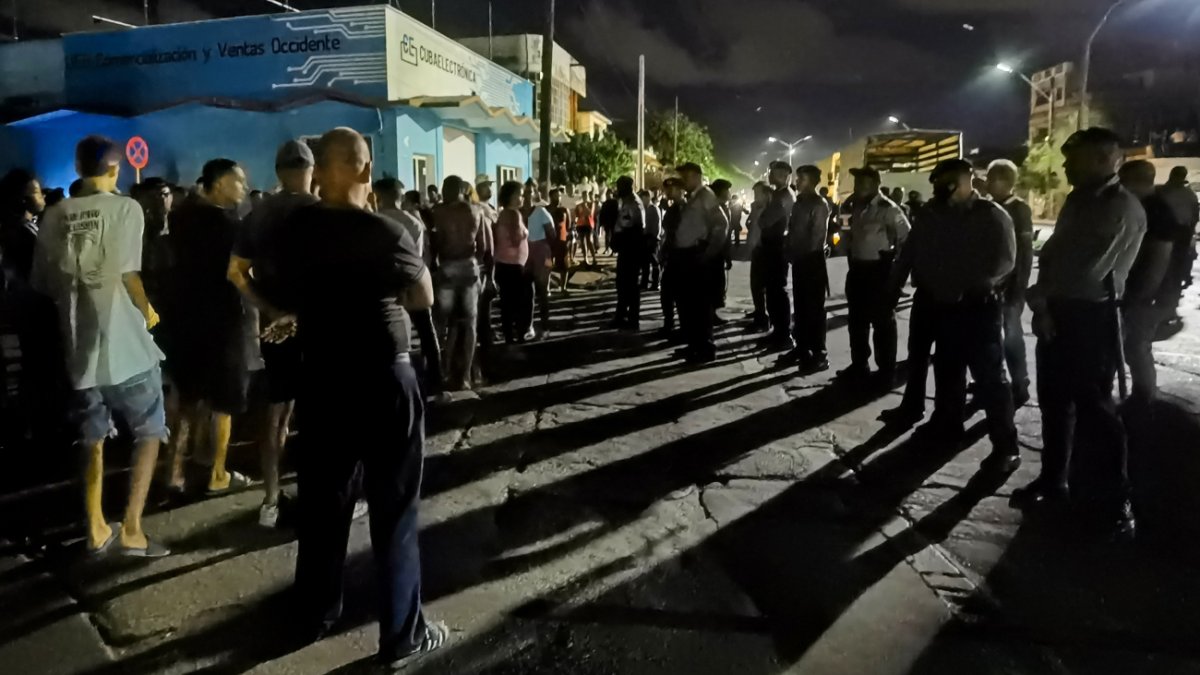 Today is Monday, October 3 and these are the main news of the day:

1. – The protests have been repeated these days in Havana and other cities in Cuba. They are cacerolazos, demonstrations and verbal confrontations with the authorities, due to the blackouts on the island, which have worsened after the passage of Hurricane Ian. 20 detainees are reported, during this weekend. Many outraged Cubans went from asking for electricity to be directly opposed to the dictatorship.

2.- The moment a vehicle was stolen from a car wash business in Hialeah was captured on camera. It happened in a commercial plaza located at 4070 West 12th Avenue. A person with a black sweatshirt covering his head entered the vehicle. and went on it. Apparently an employee left the keys in the ignition of the car. It is a white Kia Soul.

3.- A Northwest Miami-Dade family lost everything in a firehe said he razed his house. Tiffany Muñoz said that she woke up from her thanks to her cat, who was petting her face. She picked up her mother and they both left the house as best they could. However, five of her six pets were not saved. The two women were about to pay off the house and now ask for help from the community.

4.- A pedestrian was fatally struck by a Brightline train in South Florida. The accident occurred at Cypress Creek Road and Dixie Highway in Fort Lauderdale. The pedestrian, an adult male, was pronounced dead at the scene. An investigation is underway to determine the cause of the accident.

5.- After two failed attempts, NASA reported that it will finally try to launch the Artemis 1 mission to the moon, in November. Through a statement, NASA announced that a window for takeoff is being prepared. The launch period opens on November 12 and closes on November 27. However, he avoided indicating a precise date for takeoff.