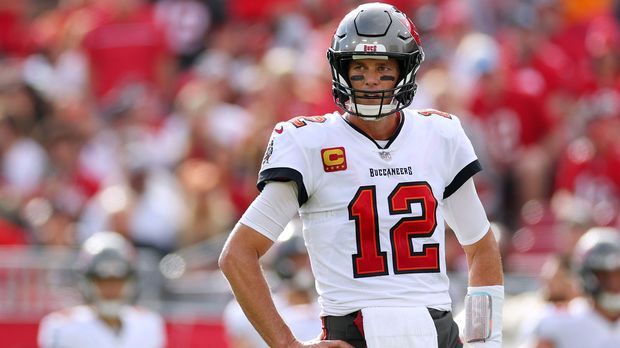 Where did Tom Brady play in high school and college?

During a teenage years, Brady attended Junipero Serra High School in his native town of San Mateo. In addition to football, he was also active in baseball and basketball at the time.

He then moved to the University of Michigan. There he was a reserve quarterback for two years before taking over the position as starter in 1998 and keeping it in 1999.

When was Tom Brady selected in the draft?

In 2000, the New England Patriots picked the then-Michigan quarterback in the sixth round with the 199th pick.

When did Tom Brady make his NFL debut?

Brady made his NFL debut for the Patriots on November 23, 2000, completing one of three passes for 6 yards in the 9:34 against the Detroit Lions.

When did Tom Brady win his first Super Bowl?

Just one season later, he became a celebrated hero in Super Bowl 36 when he defeated the St. Louis Rams 20-17 with New England. He was also named Super Bowl MVP.

How many Super Bowl wins does Tom Brady have?

The Bucs playmaker is currently at seven rings (as of 2022). He got six of those with the Patriots and one with the Tampa Bay Buccaneers, which he joined in 2020. Overall, he was nine times in the final for the NFL trophy.

How many times has Tom Brady been MVP?

Some – he is the only player to have surpassed 100,000 passing yards so far, and he also leads the leaderboards in the categories “Most passing touchdowns” and “Most wins in the regular season”.

How much money does Tom Brady make?

According to the “spotrac.com” portal, Brady will earn $15 million in the 2021 season, which is also fully guaranteed.

Who is Tom Brady married to and does he have children?

Brady was married to Brazilian top model Gisele Bundchen from 2009 to 2022, but the two divorced at the end of last year. They have two children: Benjamin and Vivian Lake. Brady’s eldest son, John Edward Thomas, is from a previous relationship.