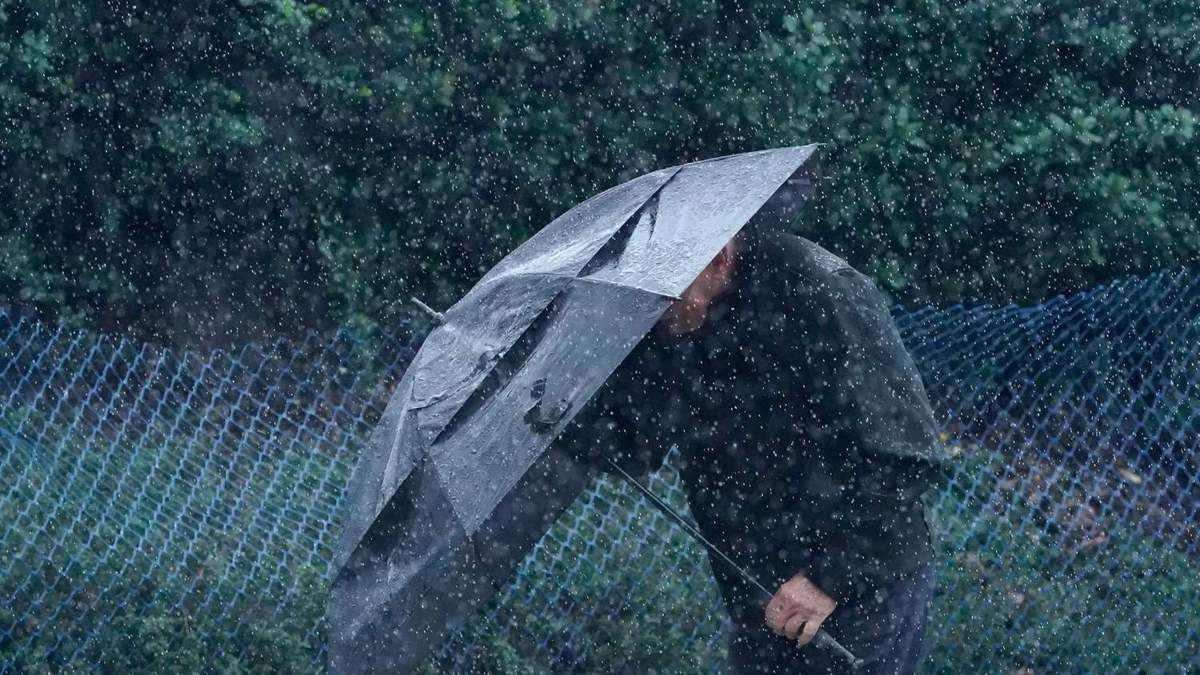 Flooded roads are closed, towns have been evacuated, disaster relief workers are on duty non-stop: winter storms in California with heavy rain and strong winds continue to hit the US west coast state hard. The sustained rainfall has caused flooding across much of California.

The Monterey Peninsula, south of San Francisco, could be partially cut off from the rest of the state, Sheriff Tina Nieto warned in a news conference. “Some of the roads will be closed and you could be stuck on one side or the other.”

The authorities also asked residents of the low-lying areas along the Salinas River to leave their homes because of the flooding. Emergency services have been looking for a five-year-old boy since Monday. Flooding had swept away the family’s car, reported the US broadcaster CNN. The child’s mother was saved.

California is currently experiencing a third week of severe winter storms that have already claimed more than a dozen lives. According to US media reports, at least 19 people were killed, for example by falling trees, torrential water masses or in traffic accidents.

Major roads were severely damaged and power outages occurred in many areas. The weather service warned of another series of storms that will bring heavy rain and bring snow to mountainous areas. The authorities called on the population to be careful when traveling to affected areas. Residents have also been instructed to follow evacuation orders.

At the beginning of the week, several towns in southern California were evacuated as a precaution. The town of Montecito was also affected, where Prince Harry and Duchess Meghan, presenter Oprah Winfrey and other celebrities live. There were warnings of floods and mud and debris avalanches.

Residents have now been able to return to their homes, but further extreme weather could lead to similar measures, it said. There is a risk of flash flooding due to already wet soils, especially in areas previously affected by wildfires.

A tornado devastated parts of the city of Selma, Alabama. Most of the city’s streets have been closed due to downed power lines and trees, the city said on Facebook on Thursday. Rescue teams are on duty to provide assistance and clear the streets. Citizens were asked not to go outside. Children should not leave schools.

The storm band also extends to the northeast. A tornado was sighted near Atlanta International Airport in the state of Georgia, the busiest airport in the United States by passenger numbers. According to the US aviation authority FAA, aircraft have to remain on the ground temporarily due to severe storms.

According to the US Weather Service, more than a dozen tornadoes have been registered in Alabama in the past few hours. The hurricanes also caused severe damage north-east of Selma. According to the Weather Nation transmitter, there were also injuries in northern Alabama. According to the Alabama disaster control authorities, there have been no deaths so far, as reported by the broadcaster CNN. According to website poweroutage.com, more than 100,000 homes in Alabama and Georgia are without power. A tornado warning from the US Weather Service is in effect for the states of Alabama, Georgia and Florida until late evening local time.