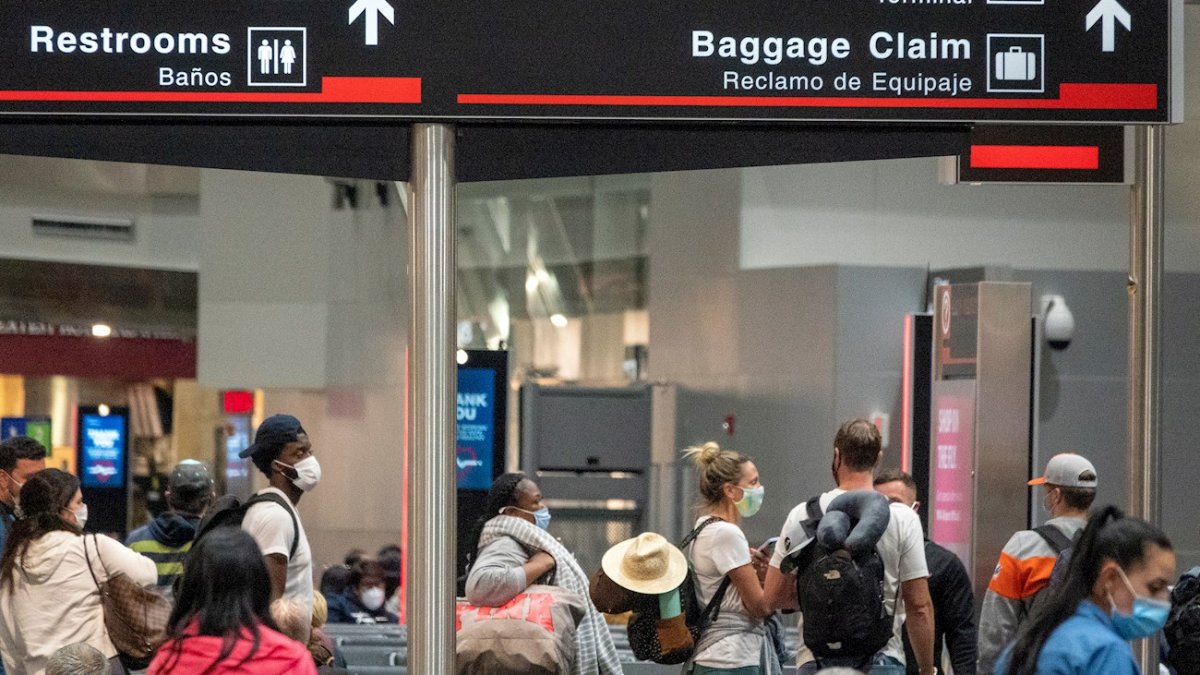 MIAMI.- Some 32.5 million tourists arrived in Florida between the months of July and September of this year, a figure that slightly exceeds that registered in the same period of 2019, that is, before the outbreak of the pandemic, he said. this Tuesday the state governor, Ron DeSantis.

The estimate of Visit Florida, the tourism promotion authority of the so-called “sunshine state”, reflects about 104,000 visitors (0.3%) more than between the months of July and September 2019.

Likewise, it accounts for two consecutive quarters of growth since between the months of April and June of this year the arrival of tourists exceeded 31.7 million visitors, at that time 2.2% less than in the same period of 2019.

As for national tourists, Florida also has two consecutive quarters of growth, adding 31.2 million tourists in the third quarter, while in the previous quarter the total in this section was 30.6 million.

The governor’s office highlighted that the number of national tourists registered between July and September reflects an increase of almost 7% compared to the same period in 2019.

“In 2020, experts thought Florida’s economy would be among the most impacted in the nation due to the importance of tourism to our state; instead, we are setting the pace for job creation and visitation in the US,” DeSantis said in a statement.

According to Visit Florida, of the total number of tourists arriving in the state in the third quarter, 1.2 million were foreigners.

The DeSantis Governor’s office welcomed Visit Florida’s commitment, which despite the uncertainty caused by COVID-19 decided to promote this state as a tourist destination locally and nationally.

“While out-of-state tourism came to a complete halt, Florida was the only state to market outside its borders for seven months, posting steady growth in visitor volume each quarter,” the bureau said.

For the current holiday season, which begins with Thanksgiving Day, a large mobilization of travelers in the US is expected, many of whom travel to South Florida.

Jack Varela, a spokesman for Miami International Airport, said they are “expecting more than 140,000 passengers, but we may reach more than 150,000 on Sunday.”

To avoid the long lines for the security check, today some passengers have signed up for the “Clear” program, which for a membership of 179 dollars a year, offers faster entry than TSA.

This increase in passengers will be a difficult test for airlines in the country, which have been struggling with staff shortages and bad weather, causes that have caused thousands of flight cancellations in recent weeks.

Given the long lines at the security points, the airport has recommendations. “That they arrive two and a half hours in advance, if it is a domestic flight. If it is an international flight, three and a half hours. Check with the airline if there is any type of cancellation or any type of delay,” explains Jack Varela.

The motoring association AAA predicted that 48.3 million people will travel at least 50 miles from their homes during the holiday period.

The Miami International Airport spokesman warns: “You can also check with tsa.gov. There is a list of everything that can go through the security point and what cannot go through it. If it comes with food, a turkey cooked, or anything, remember it has to be less than three ounces of liquid.

See Also:  Annette Taddeo launched her campaign to seek the governorship of Florida