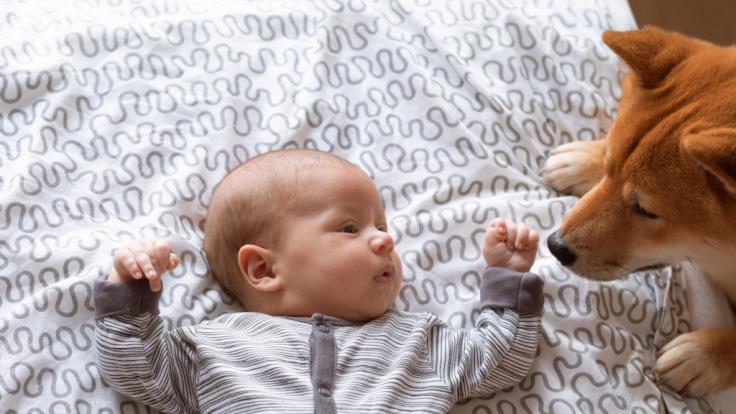 Sad news from Dayton, Ohio: A four-month-old baby is believed to have been suffocated by the family dog. The little girl died after the dog lay on top of her. Her father found her lifeless.

Shocking news from Ohio, USA: A baby died in Dayton after a dog lay on top of her. The little girl was only four months old.

The four-month-old girl passed away after a dog was reportedly lying on her. That reports the “Daily Mail”. Rescue workers responded to an emergency call on New Year’s Eve that a baby was found unconscious and not breathing.

The emergency call was received by the police around 7 p.m. local time. Accordingly, a dog was found lying on the child. The Montgomery County Coroner’s Office identified the child as Raelynn L. of Dayton, Ohio.

Neighbor is shocked when the baby dies

Neighbor Lonnie Dapier said, “It’s a terrible thing when you can’t control an animal. In fact, kids who are young shouldn’t have vicious or large dogs like these around them.” He expressed his condolences to the parents of the little baby and added, “God bless this child and I just hope that they will take care of this dog in one way or another so that it won’t hurt anyone.”

It is believed that the baby was found unresponsive by his father after he awoke from a nap. The father allegedly said to the rescue workers on the phone: “The puppy was on top of her and I just noticed it.”

The exact cause of the baby’s death is still being investigated and an autopsy will be performed, “WHIO News” write. The rescue workers have not yet been able to confirm whether the accident is related to an “attack” of the four-legged friend or not.

Further information on the dog breed was also not published. The police have made no arrests in connection with Raelynn’s death, according to media reports. The baby was taken to the hospital by paramedics, where it was later pronounced dead.

follow News.de already at Facebook and YouTube? Here you will find the latest news, the latest videos, great competitions and a direct line to the editors.