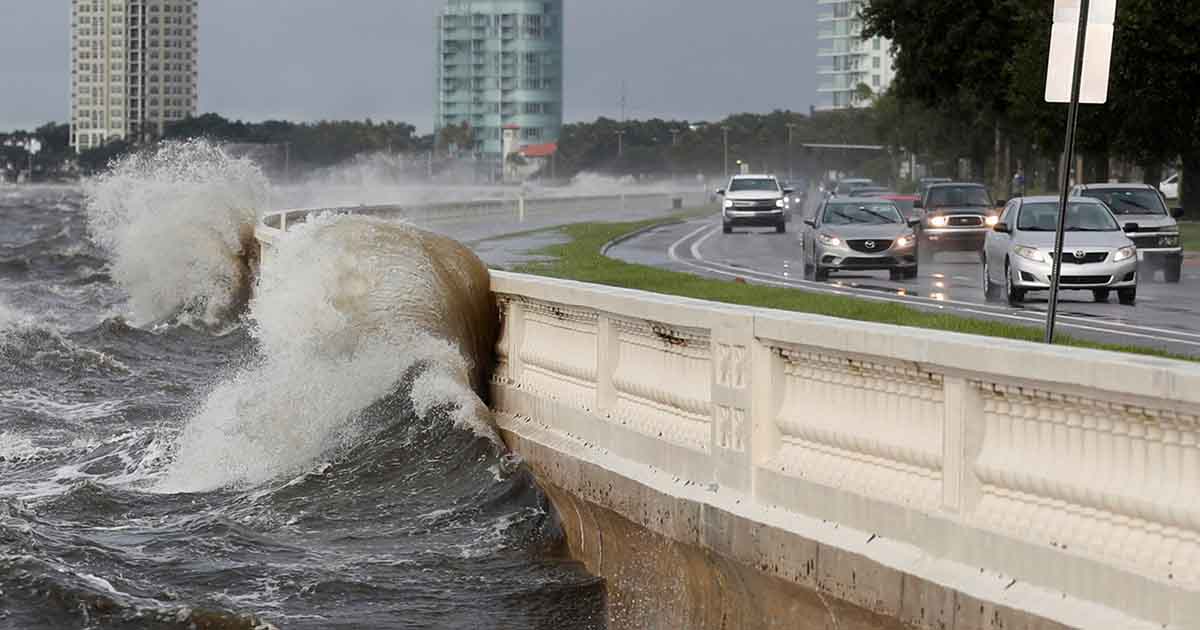 The tropical storm Elsa made landfall in Florida on Wednesday, provoking in part from the west coast of that state, in the southeast of USA, strong winds and heavy rains, said the National Hurricane Center (NHC).

The NHC said the center of the storm, That demoted from Category 1 hurricane overnight, entered the mainland through Taylor County, on the north west coast of Florida.

At 15:00 GMT, Elsa was on the west coast of Florida, where a warning is being kept for the possibility of “dangerous rises in water levels”, according to the NHC.

It is expected that weaken as you move inland on its way north to the east coast of the United States.

Florida Governor Ron DeSantis had earlier cited the possibility of tornadoes this afternoon and asked citizens to be attentive to weather alerts.

At 06:00 local time on Wednesday, “some 26,000 customers in Florida suffered power cuts,” he said at a press conference, but clarified that there were no health centers affected, nor had there been significant damage.

Elsa became the first hurricane of the season in the Atlantic, category 1, on Friday. After the death of three people in the Dominican Republic and Saint Lucia, the storm hit Cuba on Monday leaving heavy rains in its wake but without causing great damage.

Parts of South Carolina and Georgia they were also placed on tropical storm alert.

Heavy rains “in southwestern Georgia and North Carolina, as well as southern Virginia could cause” flooding, “according to the NHC. The same phenomenon could be observed Thursday and Friday in the northeast and in New England.”

Elsa’s passage through Florida comes less than two weeks after the tragedy of Surfside, a town about 20 km from downtown Miami where a 12-story residential block partially collapsed in the early morning of June 24 for causes that are still being investigated.

Watch the heavy rain and wind gusts from the tropical storm #Elsa this morning over Indian Rocks Beach (Florida).

Elsa will make landfall in a bit.

The Mayor of Miami-Dade County, Daniella Levine Cava, said in a press conference on Wednesday that rescuers “have found ten additional victims, raising the death toll to 46, of which 32 have been identified.”

See Also:  The United States and China: Towards the Second Cold War | Opinion

Among those identified there is at least one Chilean, one Uruguayan, one Venezuelan and one Uruguayan-Venezuelan. Many latin americans from various countries were in the building when the tragic event occurred.

There are still 94 people missing, the mayor added.

The magnitude of this disaster continues to grow day by day since the collapse, our community and the world are in mourning and accompanying all the families who are going through this unthinkable tragedy, “said Levine Cava with a voice breaking with emotion.

The fire chief of Miami-Dade, Alan Cominsky, He said the demolition Sunday night of the part of the building that was still standing had allowed search teams to expand their operations.

The place was hit Tuesday by winds and Elsa’s rain.

But “the search and rescue teams have continued with their operations and we are fortunate that the weather improved this morning,” according to the mayor, the official.

The Mayor of Surfside, Charles Burkett, said studies are still underway to verify the structure of a similar building, Champlain Towers North, that could explain the collapse.

This building is being monitored because it was built at the same time, with the same materials and by the same architects.

This information will have to be analyzed and it will take several weeks, after which we will have a better idea of ​​the anomalies that could exist, “he said.