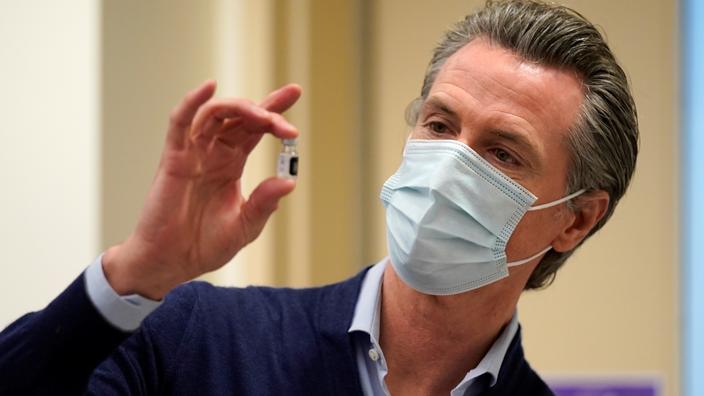 The Golden State will be deprived of $ 200 million in federal aid because it forces health insurance companies to cover the cost of abortions.

The government of President Donald Trump announced Wednesday, December 16 that it will financially sanction California, to the tune of $ 200 million, because this Democratic state requires health insurance to cover the cost of voluntary terminations of pregnancy, which according to it would violate federal law. California Governor Gavin Newsom responded by denouncing a “Petty political act”. “Women’s health is public health”, he said in a statement.

Read alsoAfter Alabama, Republicans in the South want to bring the subject back to the Supreme Court.

The subject of abortion is extremely divisive in the United States and Donald Trump, who is due to leave the White House on January 20, courted the religious right by promising in particular to appoint judges opposed to abortion. For its part, California, a Democratic stronghold and spearhead of the opposition to the policy of the conservative billionaire, adopted legislation in 2014 forcing employers and private insurance companies to include reimbursement for abortions in their health coverage. The Trump administration estimated earlier this year that this provision violated a federal law on freedom of conscience that would prohibit any discrimination against insurers who refuse to cover abortions.

37% of Americans against abortion

The Department of Health announced in a statement on Wednesday that, failing to comply, the California authorities would be deprived of $ 200 million, withheld from federal funding intended for the health coverage of the poorest under the first quarter 2021. “Entities that receive funds (from the Ministry of Health) should think twice before breaking federal law ”, wrote in a statement Roger Severino, director of the civil rights office of this ministry. “Whatever one thinks about the legality of abortion, no one should be punished for refusing to pay or contribute for the withdrawal of a human life”, he says.

See Also:  Who gets California stimulus checks? When are they coming?

The Department of Health specifies that $ 200 million will be withheld each quarter from funds intended for California until the legislation is amended. This decision is unlikely to be implemented, however, as President-elect Joe Biden is free to overturn it once he takes office. Ironically, it was the current California Attorney General, Xavier Becerra, that the Democrat chose to become his Minister of Health.

According to a 2018 Pew Research Center poll, 58% of Americans believe abortion should be legal but 37% want it banned.