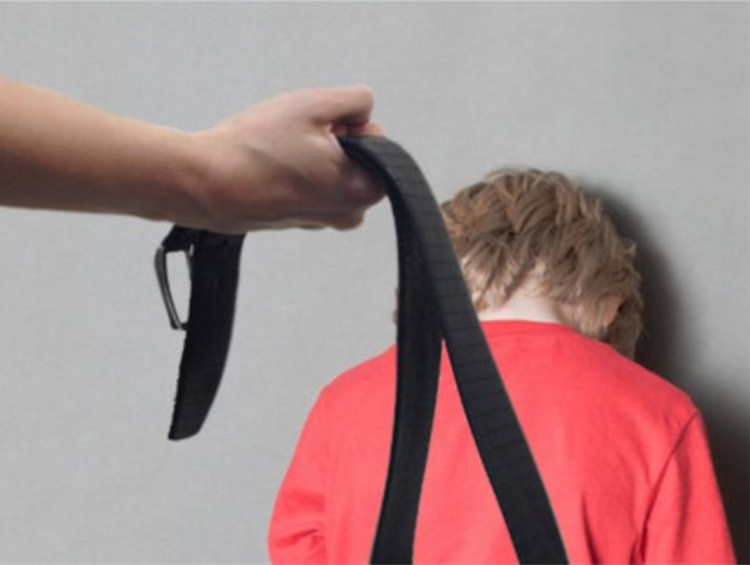 In the Alamedin district, a teacher got into a fight with a student. In Suzak, a seventh-grader suffered at the hands of a teacher. In the Kara-Suu region, a physical education teacher broke a boy’s leg. In Issyk-Kul, teenagers beat the deputy director of the school. All these facts have become public knowledge only in the last six months.

While society is very emotionally discussing the causes of conflicts between representatives of different generations and demanding reforms in the education system, the deputies of parliament did not delve into the issue and simply decided to legitimize punitive measures – to fine the parents of children.

About the eternal question of “fathers and children”, how to raise your child and the modern education system in an interview 24.kg said the master of pedagogical sciences of the American University in Dubai, a teacher of a private school in the Emirates Nurayym Ysmayil kyzy.

– Nurayym, now there are a lot of different methods for raising children. In your opinion, which one is better and what is the main mistake of parents?

– The most important thing is the wrong attitude towards your children. Often, for adults, their child is an inferior person. It’s not that we forget, we don’t even know that he also has his own feelings, desires, emotions. We do not hear our children, we do not consider their feelings and opinions.

But children also have physiological, emotional needs, just like adults. If a child is treated from birth as a full-fledged, equal person, then a correctly formed personality will grow up.

In our society, at least for the most part, with traditional views on life and mentality, it is accepted that it is enough to feed a child, put him to bed and do something. That is, the emphasis is on physiological needs.

However, it is the senses, the mind, that distinguish us from animals. There are more important aspects than the stomach – this is the mental and emotional development of a person.

No matter how small or big a person is, everyone needs to be treated with respect. That is, regardless of the age of your son or your daughter, you must treat them with respect and understanding. Otherwise, a person who is not able to show respect and love can grow out of a child. He may try to achieve this in different ways. As we can see, in practice this often manifests itself in the form of aggression and violence.

Why is there no mutual understanding and tolerance in our society? Why so much aggression? In politics, social networks, on the street, even at school, we immediately begin to get into a verbal skirmish or fight.

Because children are raised and educated most often by an authoritarian method. We do not teach, but to teach children is to show by personal example how to build communications. We can clearly see such shortcomings, shortcomings from childhood in the example of our officials.

Can you tell us more about emotional development?

We do not pay attention to the feelings of children. When a child cries or gets angry, we scold him, shut him up. “Stop doing that! ”, “Shut up!”, “Enough!” … A child, hearing only an orderly tone, cannot develop his feelings. It’s like a ladder, at each stage of development, character is formed, rising to the next level. We ourselves, by wrong actions, slow down the growth and formation of a person. Emotions should be formed without any conventions.

Anger, kindness, irritation, joy, responsiveness… When does a person get angry? When he sees injustice. That is, since childhood, he feels this injustice when they don’t want to listen to him, limiting himself to this notorious “No one asks you … Do as they say” …

Since childhood, we forbid expressing ourselves, our natural emotions. And then the child grows up and it becomes clear that he is generally incapable of reacting to injustice. In this case, society receives an indifferent person.

This is a very deep topic that can hardly be covered in one short interview.

I can say one thing: the root of many of your problems and behavior is the result of your childhood upbringing. What kind of person are you? This is your childhood, upbringing, feelings. Looking at public people, you can immediately determine what kind of childhood they had.

Does the child meet these needs at school? Still, an educational institution is a place where a child delves into life, goes through the stages of socialization. Or, as some argue, that only knowledge should be given at school, and education should be received at home?

The same thing happens at school. For teachers, a student is a subject with limited rights and opportunities. If at home parents put pressure on the child with their authority, then at school – teachers who must obey unquestioningly, not ask unnecessary questions. It is unacceptable for a student to question either the competence of a teacher or the reliability of the information voiced by him, not to mention the possible incorrect behavior.

See Also:  Save the lost memory and love

Unfortunately, our teacher is also most often authoritarian, like parents at home. At school, the child also cannot openly express his opinion.

Therefore, our educational institutions graduate into adulthood people who are not capable of critical thinking and analysis.

If the teacher respected the student as a person, as a person, then he would take more time to listen to the child’s opinion, accept his emotions and respect his wishes.

If a student is deprived of the opportunity to ask a question, express his own opinion, his thought, then with age it becomes difficult to acquire these skills.

As for the methods of education, they are very outdated. Now in the world of information technology, it is not necessary to memorize some postulates. After all, at any time you can open the Internet and look, read, find the information you need.

About 50 years ago, teachers were carriers of knowledge in a particular topic, but now everything has changed. Today, all the information in the phone, at any time, at any time, you can get all this by clicking on the “Search” button.

The teacher is no longer a source of knowledge. Now his main role is to guide. He now has to teach children to find the information necessary for development, use it and distinguish it from fakes.

— There are a lot of conflicts in the school between teachers, students and parents. What is the main reason, in your opinion? Don’t you think that children are different now, and teachers do not want to adapt to the new generation?

Yes, kids are different now. They use the phone from the first years of life, they are familiar with the Internet. If the parents correctly directed them, then they already know how to get information. I repeat: our teachers definitely need to change.

For example, in a conflict with a teacher in Suzak, we tried to understand only the teacher. We justified the broken woman by her socio-economic position. She has many problems, a hard life, we said. But at the same time, the student has the same problems. They live in the same village. I do not think that the socio-economic situation of their families is different.

We saw a situation in which teachers were driven to a nervous breakdown. But no one wanted to go deeper and understand the reasons for the schoolgirl’s aggression.

It is important to understand: if a teacher can satisfy the intellectual needs of children, then not a single student will disrespect him.

Why is the child angry and aggressive? Because he believes that he has faced injustice. Most likely, there was a cumulative effect. If the teacher’s patience boiled up, accumulated, burst, then why don’t we consider a similar reason for the girl? Perhaps she, too, boiled, accumulated, burst her patience.

A teacher is an intellectual, a person who has enough life experience in his luggage. A student is a teenager, still an unformed person. She tends to make mistakes.

If the student made a mistake, then this is a good opportunity for the teacher to teach, to give him something useful.

Do not take the mistakes of children as a big problem. And these childhood mistakes are certainly not a reason for the manifestation of pressure and violence. This is a great opportunity to set an example on how to fix it.

Even if a very difficult situation occurs, the teacher can always resolve the issue with the help of conversation, information, but not aggression.

I think that the student from Suzak just wanted to speak out, you just had to listen to her.

This is the same example when the child’s need was not satisfied.

— Now private schools offer different methods of education: Japanese, European, American… There are methods based on religion. Which one is the most effective for our society?

– First of all, parents themselves must be ready to accept and give, together with the school, the chosen method of education. And the method that the school promises should not be just a pretty package.

As for religious methods, I think: religion is purely personal. It has nothing to do with general education. As a person who lives, studied and works in a religious country, I can say that religion and education are separate topics. Religious knowledge can be obtained separately, at the request of a person.

— What, in your opinion, is the main disadvantage of higher education in Kyrgyzstan?

“Of course, there are many problems here. But the main one, probably, is still corruption. Our universities are very good, visually, with practical exercises, they train corrupt officials. Starting from entering the university, the student learns the basics of bribery. This is how we form a reserve of personnel.