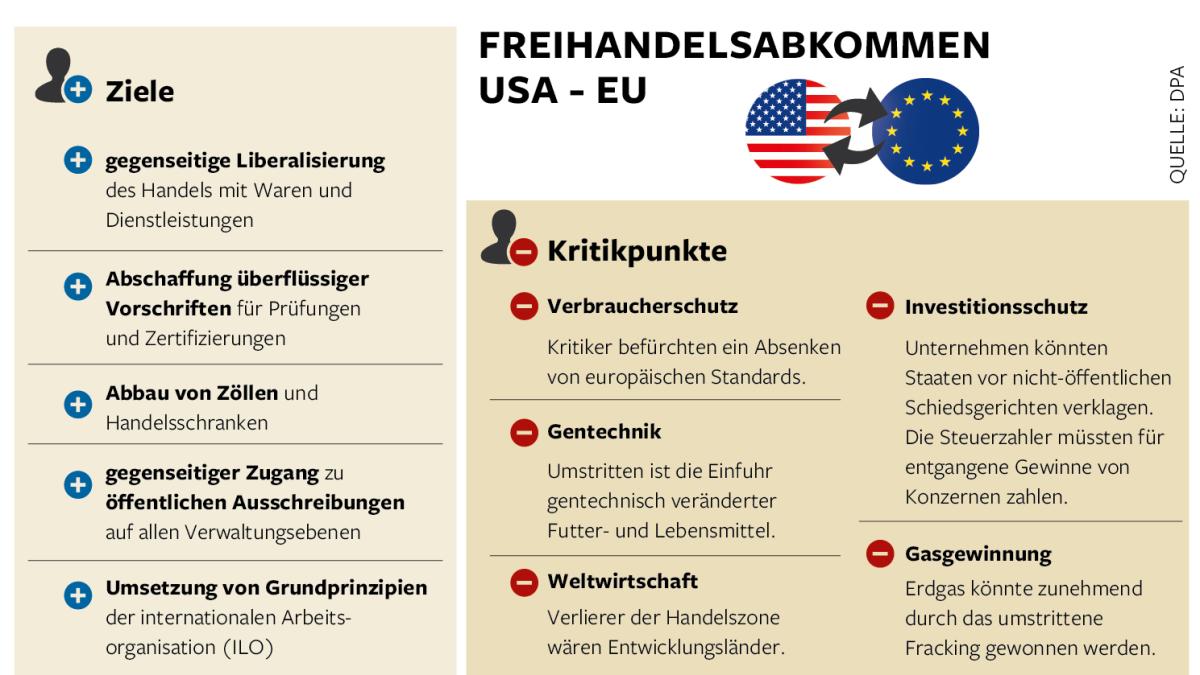 DThe average German probably mostly associates the name Kentucky with three letters: with KFC, the abbreviation for the fast food chain Kentucky Fried Chicken. The fact that there is also a state with the same name in the USA is, however, much less known.

“Not bad,” assures Steven L. Beshear, the governor of Kentucky. “Our goal is to attract investors into the country,” says the politician in an interview with “Die Welt”. He is hoping for help for this – from TTIP.

The governor sees the planned free trade agreement between the USA and the European Union as a great opportunity for his country. “This creates the framework conditions that make it much easier for European companies to set up shop in the USA and set up production facilities – in Kentucky, for example,” explains Beshear, who, like US President Barack Obama, is a member of the Democratic Party.

On a promotional tour in Germany

The 70-year-old has his sights set on German companies in particular. He is therefore regularly on advertising tours in Germany, six times in the past four years alone. Last week Beshear was in Hesse and North Rhine-Westphalia, among other places. Not only the large corporations are visited, but also small companies with just 20 employees.

The politician justifies the fact that German companies are in good hands in Kentucky with the structure of his state. “We have many small towns in which companies can become the largest local employers – just as German medium-sized companies are used to in their home country.” And to further increase the feel-good factor, Kentucky has the dual training system based on the German model introduced.

Kentucky is far from having such conditions alone. That is why Beshear is eagerly awaiting TTIP at the moment. In the course of the agreement, mutual market access is to be made easier, for example by removing customs barriers or harmonizing technical standards and approval procedures.

Republicans want to make a difference too

In the US, the way for TTIP now seems clear. “On the US side, there is an opportunity to graduate by the end of the year,” believes Beshear. Apparently there is a rethinking among the Republicans who make it difficult for the TTIP advocate Obama to govern and thus also to conclude such an agreement with their majorities.

The political opponent is also in favor of a common free trade area. “You don’t want to make the Democratic president look good,” says Beshear. Meanwhile, however, the wind is turning. “The Republicans notice that the mood in the population changes if they just block. They realize that they have to use their power to make a difference. “

In Europe, on the other hand, there are massive reservations about the agreement, especially in Germany. For example, it is feared that environmental and consumer standards will be lowered. There is also strong criticism of the so-called investment protection clauses, which give foreign companies the right to sue states before a private arbitration tribunal.

The German fear of the chlorinated chicken

Governor Beshear, whose status is comparable to that of a German Prime Minister, shows understanding for the individual concerns. At the same time, Beshear also finds clear words. “Nobody wants to soften standards. Apart from that, we also have high standards in the USA. ”They may be different than in Europe, but that doesn’t mean that they are worse.

The horrific term chlorinated chicken is simply the American method of cleaning and disinfecting meat. The chickens are rinsed with ice-cold water that is mixed with chlorine compounds such as those used in this country to keep swimming pool water clean.

This has so far been banned in the EU, instead the chickens are treated with antibiotics to keep germs away. However, experts see no advantage in this.

“The German chicken is by no means healthier than the US chlorinated chicken,” says Lüppo Ellerbroek, head of the food hygiene and safety concept at the Federal Institute for Risk Assessment (BfR), for example. “On the contrary: we unfortunately have to realize that we have a massive germ problem on German poultry.”

Beshear does not contest the fact that Americans, conversely, fear raw milk cheese. There were still no major discussions about TTIP in the USA. “There are interest groups who are warning of the agreement,” describes the governor. So far, however, they have not had a broad impact. “With us, people see the positive first.” And that is, for example, tens of thousands of new jobs.

In Kentucky, for example. 170 European companies have now settled in the small state in the east of the USA, around a third of these companies come from Germany, including Siemens and Osram, Webasto and ZF Lenksysteme or Mubea and DHL.

The largest group are automotive suppliers; after all, Kentucky is the third largest automotive location in the USA despite its comparatively small area and just 4.4 million inhabitants. So far there have been different standards and specifications for indicators, exterior mirrors and bumpers. So the industry has to develop such components twice, procure them twice and certify them twice. “That costs many billions,” complained recently Daimler boss Dieter Zetsche.

Beshear also speaks of pointless guidelines. And that the additional costs caused by this hinder or even prevent the international expansion of many companies, especially among German medium-sized companies. Beshear therefore calls TTIP a unique opportunity. Should Europe not seize these opportunities in the end, others would benefit.

In fact, the US government is already talking to some Asian countries about free trade agreements. Beshear is also open to it. There is already a large Toyota factory in Kentucky. He still wants to stand by his European partners. “We need Europe and we will not stop cooperation.”