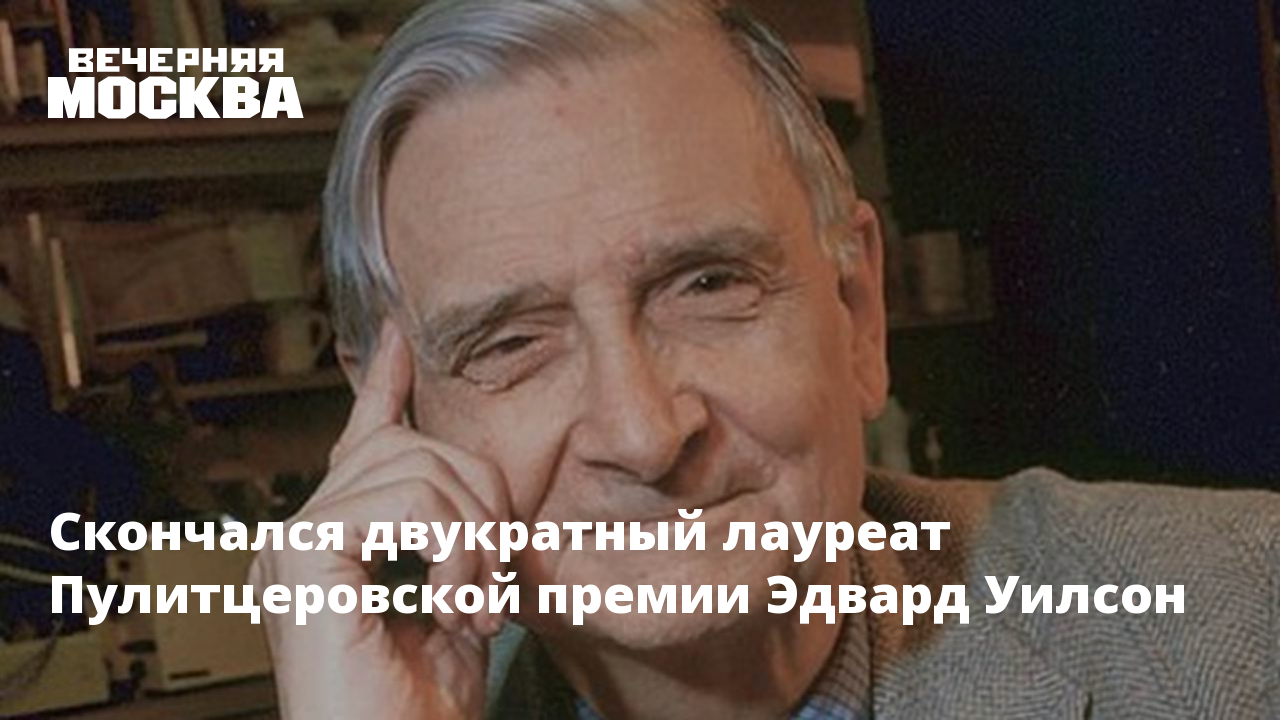 American biologist and writer Edward Wilson has died at the age of 92. This was announced on Monday, December 27, on the website of the EO Wilson Biodiversity Fund.

– The Edward O. Wilson Biodiversity Foundation is deeply saddened to announce the death of an outstanding scientist, naturalist, writer, teacher and our inspirer Edward O. Wilson, – says in message.

Wilson has written over 30 books and over 430 scientific articles. The scientist has received numerous prizes and awards, as well as over 40 honorary doctorates. In 1995, he was named one of the 25 most influential people in America by Time magazine, and in 1996 an international study named him one of the 100 most influential scientists in history. He has twice won the Pulitzer Prize for his work “On Human Nature” (On Human Nature, 1979) and “Ants” (The Ants, 1991), received awards in the United States and other countries.

The cause of death of the scientist has not been specified.