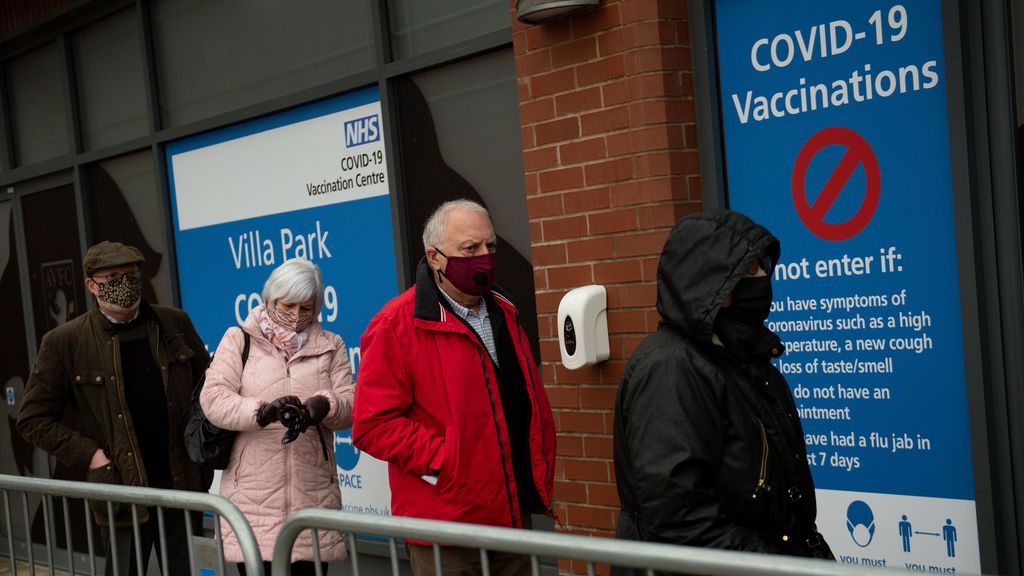 The UK estimates that it could deliver the two doses of the coronavirus vaccine to its entire population by the end of June, if it does not face supply problems. The British Government’s plans are “realistic”, according to the Daily Telegraph, because every week five million people are vaccinated. For this, the country continues to open mass vaccination centers. The last one, Villa Park, Aston Villa’s football stadium in the city of Birmingham.

The National Health System has already vaccinated more than 10 million Britons, more than 15 percent of its population, second only to Israel and the United Arab Emirates. The United States was above 8 percent and the European Union below 3 percent.

The british government has ordered 407 million doses from seven manufacturers, about six per person in the country, although currently only three of the vaccines are approved for use. Last week the country exceeded 100,000 deaths from covid-19, the highest figure in Europe. But the success of the vaccination campaign will cause the number of deaths related to the virus to decrease significantly in the coming weeks.

People over 70, nursing home residents and workers, health and social care workers, and those whose health problems make them extremely vulnerable will receive their first vaccinations before February 15.