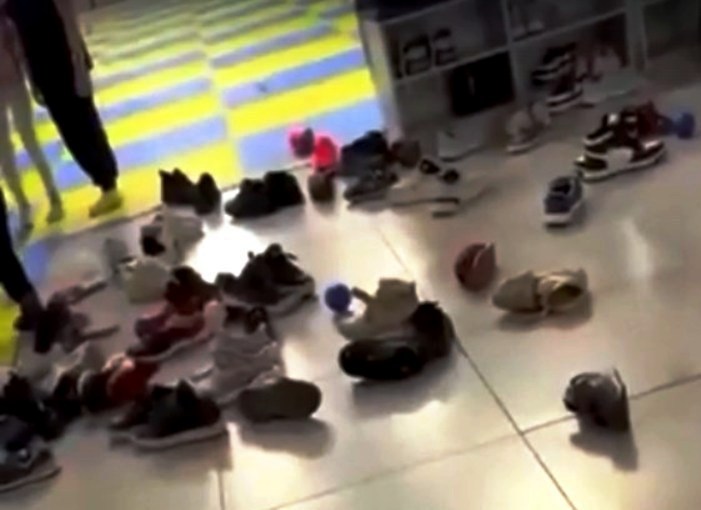 She saw political overtones in the colors of the play area floor.

By the scandals with Ukrainian refugees in Europe, you won’t surprise anyone anymore – the media are full of stories about arrivals from the independent, who, for example, require local residents to talk to them in a language. However, now such an absurdity has occurred not just anywhere, but in Russia.

A video has surfaced online of a Ukrainian refugee in an unnamed Russian city yelling because a children’s play area (apparently in a hospital) has a yellow and blue square floor. The woman decided that this was a hint at the Ukrainian flag that Russian children trample on, and demanded that the employee of the establishment immediately remove “our flag”, adding for persuasiveness: “I order you!”. She also demanded to call the head physician.

The employee had nothing to say but “It’s not a flag, it’s just colors”.

Patriotism and love for one’s flag is a good thing, but not in such a distorted form. Yes, and rudeness is useless.