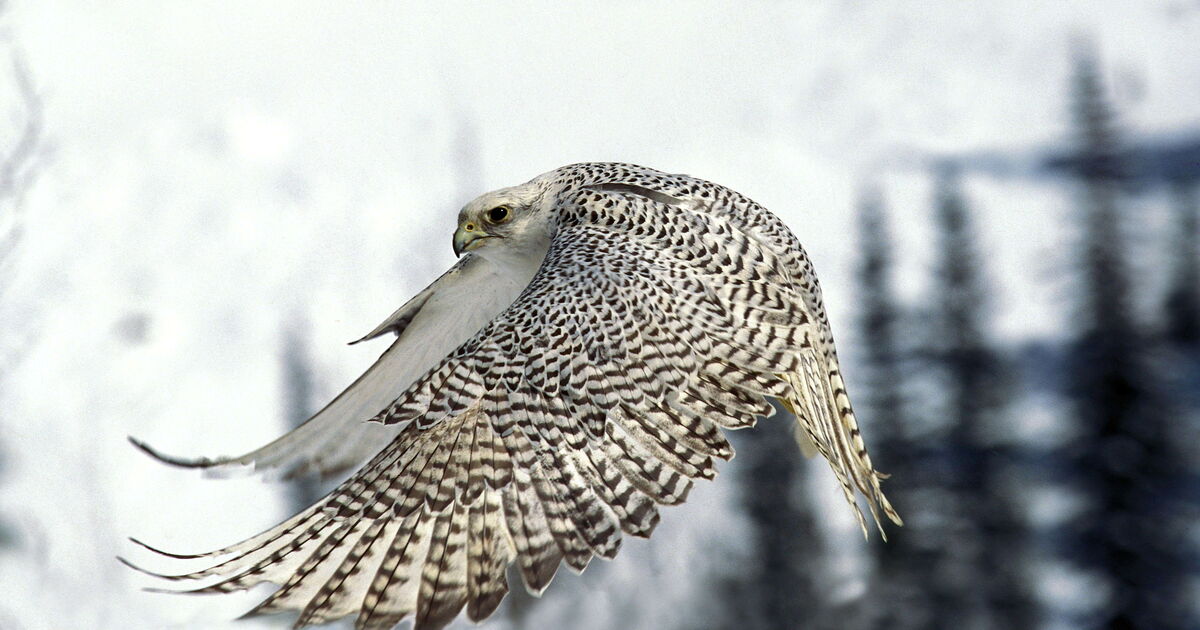 Acting for the living: chronicle “An arctic summer”

As every year since 2004, our team from the CNRS and the French Polar Institute Paul-Emile-Victor is installed on the east coast of Greenland, in Ukaleqarteq, to ​​study animals (5/6). Today, the gyrfalcon, capable of sprinting at 200 km / h.

Panic in Greenland, the gyrfalcon is on the hunt. A cloud of seabirds explodes in all directions, but the great white raptor has already spotted its prey. While its cousin, the peregrine falcon, descends the skies to break the necks of small birds, the gyrfalcon is cut out for pursuit. If necessary, he will sprint in flight for several kilometers.

The scene takes place at 200 km / h, and I try to slow down to understand. “When the gyrfalcon aims at a target at a great distance, it uses its monocular vision, for more precision”, explains Simon Potier, a specialist in sensory bird ecology at Lund University in Sweden. “But during the final approach, it switches to binocular vision, to gain depth of field and better capture its moving prey.” The high-speed videos show that the gyrfalcon is braking at the very last moment. As its body launched at full speed is shaped like a drop of water, it spreads its curved wings slightly, throws its paws forward, and arches before impact.

In summer, the meal of the day is sometimes a sea bird, much more often a ptarmigan (1). The gyrfalcon first brings it back to a butchering area and feathers it almost entirely before returning it to its brood, whole or in pieces. In our coastal study area in Greenland, gyrfalcon nests stand on the steep sides of the fjords, with a breathtaking view of a gigantic territory. Raptors, present in this inhospitable region for over a thousand years, often use the same nests for centuries, and the dried-up remains of their meals allow their menus to be replenished over time. These vary little, as do the sizes of gyrfalcon populations in the high arctic. The species is rare in the wild, however, with only 20,000 pairs scattered over an area covering all of Siberia, Scandinavia, the Canadian Arctic and Alaska.

And this global range is even larger than previously thought, because it also encompasses marine environments. We did not know anything about the migration of gyrfalcons, but Argos (2) beacons placed on some of them in East Greenland revealed their movements over the winter, far from our eyes. In the fall, the gyrfalcons leave the coast of Greenland towards the south. They join the edge of the pack ice, sometimes several hundred kilometers offshore.

There, in the twilight of the arctic winter, they join the owls that have arrived from the depths of the tundra. Perched on icebergs, raptors patiently await the arrival of eiders, murres and other sea birds that have come to dive along the sea ice.