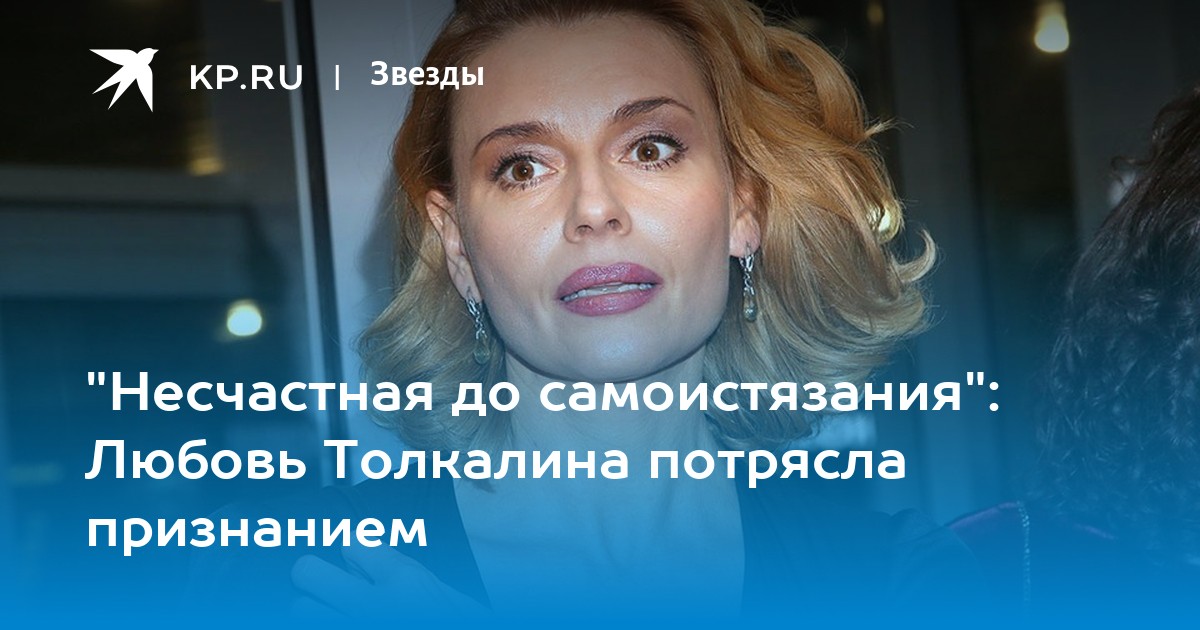 Lyubov Tolkalina lived with Yegor Konchalovsky for several years. They started a relationship in 1996. Celebrities did not sign, believing that a stamp in a passport is optional. When they met, Yegor was 30, and Lyuba had just turned 18 years old. In 2001, the artists had a daughter, Masha. It might have seemed to many that then the actress was absolutely happy – she starred a lot, next to her was her beloved man, the house was a full bowl. However, it is this period that the artist calls a real hell.

Lyubov Tolkalina told how unhappy she felt. The actress shocked her with her confession. It turns out that the star considered her life “a real hell.”

“Life at 23 is not life, it’s a living hell … I remember, I already have a little daughter, experience of family life, I graduated from college, worked as a model, in the theater, in the cinema …. Antikiller has already thundered. And I am incredibly unhappy. I am the most miserable creature ever created by God“, Lyuba began her monologue.

By that time, she had gone through many upheavals. “Early taking responsibility for her parents, having already survived the death of her younger brother … Inside absolutely restless, insecure, complete devastation, no king in the head, no epiphany … Unhappy to the point of self-torture. Considering herself a complete fool and a freak … Skillfully hiding it, having learned to smile widely in any incomprehensible circumstances, “the actress writes on the blog.

Note that Yegor Konchalovsky and Lyubov Tolkalina lived together for several years in 2017, reported that they had not been together for a long time, and announced their separation. “Only after finally parting with my husband, I learned to be friends with him,” Tolkalina wrote. She spoke about the reasons for the breakup as follows: “I was still very young. And he was 12 years older, had a huge cinematic experience behind him. He knew, for example, such stars as Sylvester Stallone. Egor graduated from Oxford, saw the world. And then suddenly stopped learning something new. He sat down on the third floor of his dacha and that was it.”