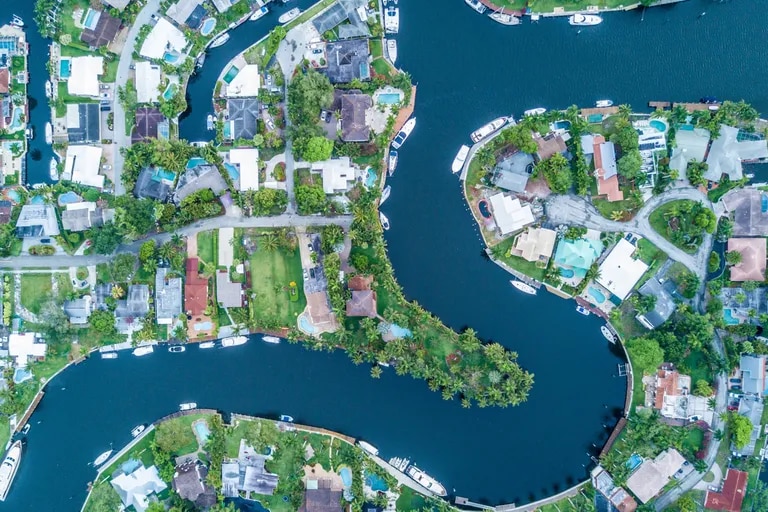 They say you have to do away with the old to make way for the new, and in Florida that’s true, after a new state law gave single-family homeowners the ability to demolish their houses and adapt them to the style of places like Miami Beach, full of design and, in some cases, luxury. Owners now have a better chance, since since the state eliminated the municipal process, they can simply apply for their demolition permit with no obstacles. There is another scenario to consider: that of the builders, who could not be happier at this news.

In Florida, the legislature passed unanimously and without public debate a law signed into law by Governor Ron DeSantis in May and taking effect in July. With it, local authorities are prohibited from preventing the demolition of homes without a historic designation that are at or below the base flood elevation.

In statements to El Miami Herald, several developers shared their impressions of this measure. In that sense, Todd Michael Glaser, from South Florida, revealed that he would buy up to 40 houses in Miami Beach to demolish and sell to wealthy people. Several agreed that the change offers development opportunities in places with the strictest historic preservation policies in Florida.

Another of the points they pointed out is that, over time, if the houses are kept as they are, they could flood and that is why it is important “that someone knocks them down and does it right.” Speculative developers now compete in a hunt for old properties.

Unlike builders who build houses, speculators buy them, tear them down, and then build new ones or sell the land. It is a market, according to his statements, that is hot. Even sales take place while they are still under construction.

El Herald had reported an increase in demolition requests for these homes in Miami Beach. Before, there was a rigorous process if you wanted to demolish a house built before 1942. You had to get approval from the Historic Preservation Board and the Design Review Board first, and sometimes many couldn’t go any further because they didn’t get the go-ahead. . Boards generally insisted that the house deserved historic designation and the process dragged on. Sometimes the owners gave up and left it as it was.

At Al Capone’s last residence, for example, located at 93 Palm Ave. in Miami Beach, Galser bought the house in August 2021 to turn it into a home, but conservationists boycotted it, claiming that its historic value was so high that it could not be demolished, and today its future is still uncertain.

The neighborhoods that would see the most immediate change are North Beach and Mid Beach because they have many older residences. Some developers don’t share the vision and would rather renovate than tear down, so they will struggle to find a balance.