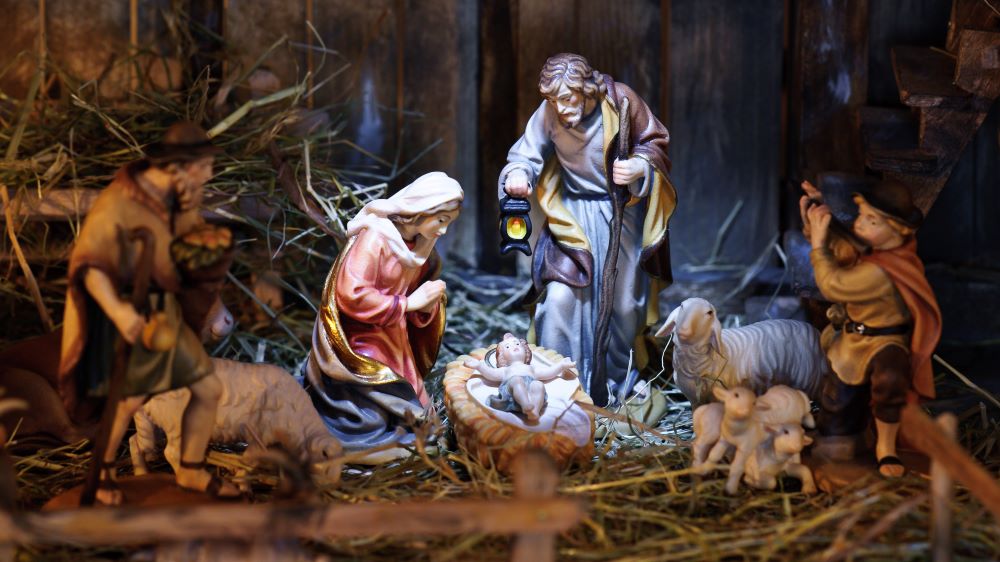 In the United States, the Christmas season brought good news: a record number of states in that country decided to give pride of place to the Bethlehem that represents the Holy Family, in the public buildings of their capital. A private initiative that allows the expression of faith in the public space.

For several years, the association “American Nativity Scenes” is associated with the Saint Thomas More Societand to allow the free display of large Nativity scenes in American public space. The objective of this association is to guarantee that each state can display a Bethlehem in its Capitol, which represents the center of power, during the Christmas season.

On December 20, 2022, the Saint Thomas More Society announced that it had achieved its goal in 43 state capitals across the country, a record number considering the growing secularization of the American population.

At Christmas 2022, four additional new states have agreed to give pride of place to the nativity scene: Alaska, New York, Utah, and Virginia.

“The message of redemption and hope carried by the Christ Child evokes the joy of a new life. Our troubled world has much to gain in terms of hope and joy,” said Ed O’Malley, president of the American Nativity Scenes.

However, some states are still resisting: Alabama, Colorado, Connecticut, Delaware, Nevada, Oregon and Tennessee have not agreed to honor the Holy Family inside their Capitol.

But those responsible for the project do not lose hope: “Thanks to the efforts of all those who are willing to express their faith in the public space, we are getting closer to our goal: to keep Christ at the center of the Christmas period”, explained Thomas Olp , vice president of the Saint Thomas More Society.

And the results are there: in the last ten years, more than 450 Nativity Scenes have been installed in the administrations of 40 different states. Not to mention, the project was prompted by a recent survey published by The Washington Times.

The opinion poll conducted from December 3 to 5 on a representative panel of 1,508 people shows that 72% of Americans think that religious scenes such as the Christmas Nativity scene have a place in public space and should be displayed in all States, as permitted by the Constitution.

The situation is not the same in France, the country of human rights and freedoms: in the 2010s, the status of Christmas nativity scenes in public spaces generated many controversies, until a decision issued by the Council of State on 9 November 2016.

Currently, a Nativity scene cannot be “installed” in a public place, unless said installation “has a cultural, artistic or festive nature”.