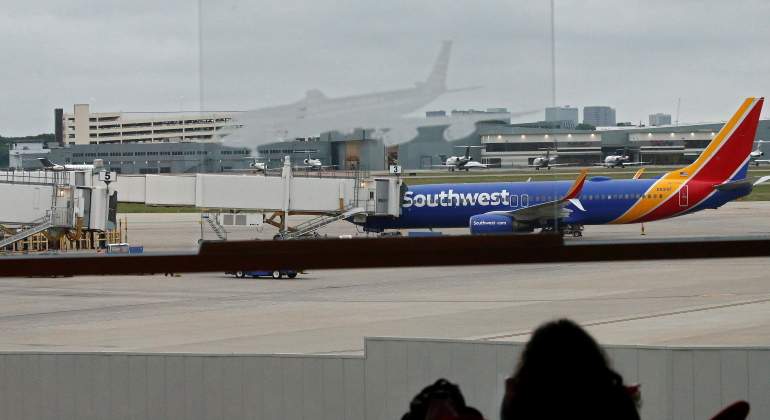 The coronavirus pandemic has meant losses of about $ 35 billion for US airlines in 2020, according to estimates from the financial data multinational FactSet.

The coronavirus has ended a decade of profit in the sector with the constant growth of air transport, and it is also the first time that the Southwest Airlines company suffers annual losses in its more than 40 years of history.

Airline stocks suffered declines in 2020 not seen in years, and American Airlines fell 45%, its biggest drop since before its merger with US Airways in 2013.

Delta Air Lines lost 31% in the stock market in 2020, and United Airlines 51%, its most significant devaluation since the 2008 crisis, while Southwest slipped 14%.

The pandemic has forced airlines to downsize rapidly, eliminating routes and having to park hundreds of planes.

In the case of US airlines, their debt rose about $ 67 billion to $ 172 billion, according to the “Airlines for America” ​​group.

Despite these negative data, FactSet notes that air travel appears to have regained quite a bit of ground since the start of the pandemic, and while on April 16 the Transportation Security Administration (TSA) registered just over 95,000 passengers at US airports. , in the last 5 days of 2020 that figure rose to more than 1 million people a day, but still is still 45% lower than the previous year.

See Also:  9 "feel good" series that will help you forget your problems

By 2021, FactSet analysts estimate that airlines will cut their losses, and that even some of them, such as Southwest, Delta or Alaska, will register gains thanks, among other factors, to the arrival of the vaccine, which is expected to boost air transport.

Still, top airline executives warn that there are still hard months to overcome, and American Airlines President Robert Isom said this week that the company’s January and February capacity will be 45% compared to 2019 levels.