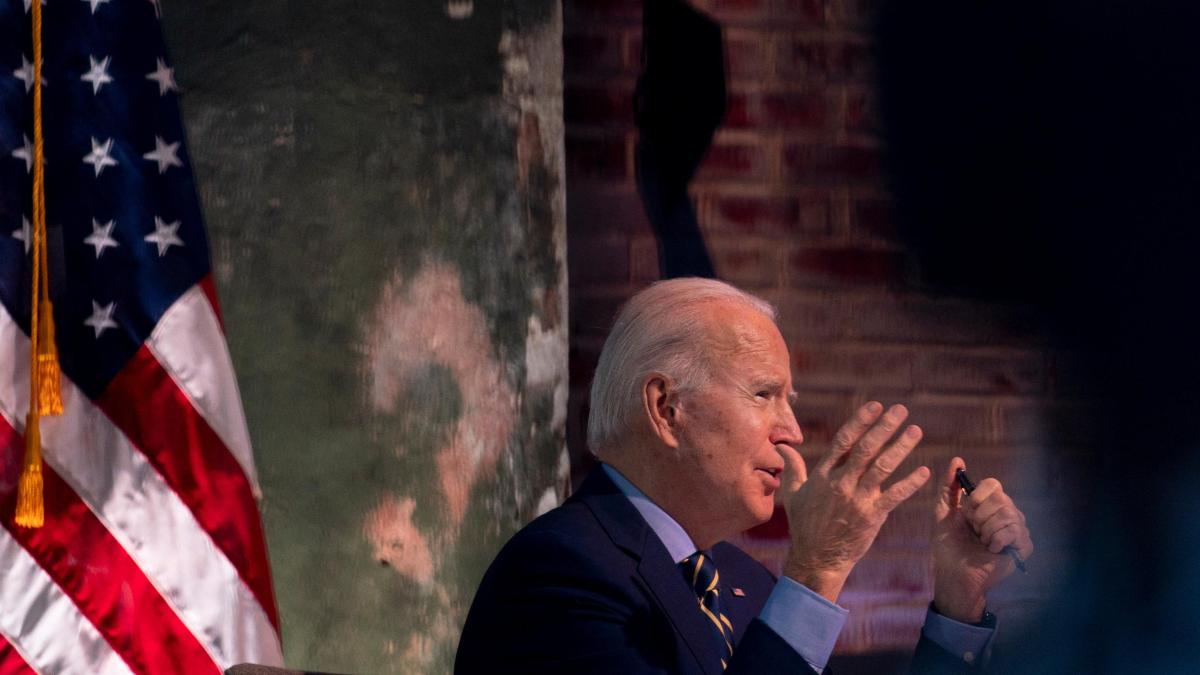 Twelve senators do not want to recognize the certified election result in Congress. A member of parliament loyal to Trump even calls for violent protests.

The confession sounded banal. “I have taken an oath in defense of the constitution,” said Republican Senator Lisa Murkowski: “I will vote to confirm the 2020 presidential election.” What would have been simply overlooked in the past made it into the
United States of America This weekend on the Twitter trend: The announcement by the Alaskan politician was “liked” more than 50,000 times in a short time.

Recognition of a democratic election result is no longer a matter of course for Republicans in the USA. At least 140 members of the House of Representatives and twelve senators want to object to the allocation of votes at the meeting of parliament on Wednesday, which is actually only of a ceremonial character. Trying to vote for the result of the presidential election
Donald Trump turning around will most likely fail in the end. But this attempt could plunge Congress into 24-hour chaos and further intensify the polarization of the USA.

“I could never have imagined seeing things like this in the largest democracy in the world,” said Mitt Romney, who opposed the 2012 Republican presidential candidate
Barack Obama was started. But four years later Donald Trump came – and the populist has the “Grand Old Party” firmly under control. After the newly elected Senator Josh Hawley was the first to publicly announce an objection to the November election results, a veritable competition for this cynical power politics began in the party.

More than 140 of the 196 Republican MPs in the House of Representatives now want to refuse to confirm the election results. In the Senate, a group of eleven other senators, led by the Texas Trump loyalist Ted Cruz, announced their opposition. There has been no such uprising since the civil war. At the same time, President Donald Trump calls for “wild” protests.

A loyal supporter of the president, Republican MP Louie Gohmert, seriously stated that if the courts don’t work, then you have to “take to the streets and be as violent as the Antifa and Black Lives Matter.”

Previously, Gohmert had even tried to force the still incumbent Vice President Mike Pence to proclaim Trump as the new president. But Gohmert failed in court. The uprising in Congress is also likely to end up being crushed by the Democratic majority in the House of Representatives. But the Republican rebels apparently want to challenge the results of several states. Since this entails a two-hour debate and a vote, the bizarre event could last until Thursday.

More than 60 courts have dismissed claims against the election results

Actually, the Congress only forms the backdrop for the official announcement of the certified election results of the 50 states. According to the regional authorities and Trump’s ex-attorney general Bill Barr, nowhere were there any significant irregularities in the vote. In critical states where the results of Donald Trump and
Joe Biden were close together, the votes were sometimes counted three times – with only marginally different results. Governors from both parties have confirmed the results. More than 60 courts have dismissed lawsuits against it.

Nevertheless, Trump is spreading ever more absurd false statements about alleged election manipulation. Many Republican politicians don’t want to upset the fanatical Trump base. It is no coincidence that Republican Patrick Toomey is the one who criticizes the conduct of his colleagues most severely, accusing them of “undermining the right of citizens to elect their representatives”. The Pennsylvania Senator will retire politically in two years.

Also read on the topic:

We want to know what you think: Die Augsburg General therefore works with the polling institute Civey together. Read here what the representative surveys are all about and why you should register.