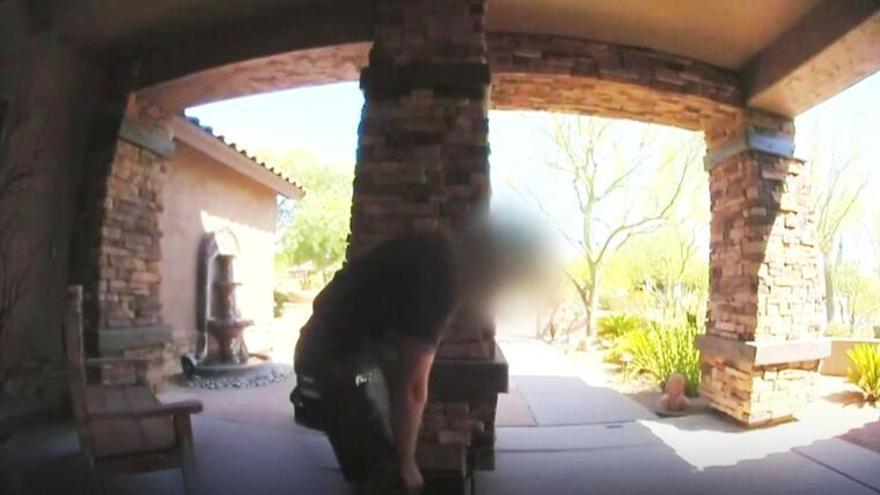 A heat wave has put 100 million people in the United States under alert. The high temperatures are having important repercussions, such as the one captured by the camera of a house in Arizona, which shows how a UPS delivery man collapses when delivering an order.

#Video: UPS employee collapses outside customer’s house in Arizona due to heat wave.
UPS in a statement says that “he is well” and that (attention to this) his employees “are trained to work in high temperatures” (?)pic.twitter.com/6vKMb7Hwd8

The video, which has gone viral, captured the moment a delivery man, in a UPS uniform, enters the porch of Brian Enriquez (who has released the recording) in Scottsdale, Arizona, trudging to deliver an envelope. Leaning down to set him down in front of the door, she vanishes. The man does not seem to find the strength to recover and, when he does, he rings the bell as best he can to report the arrival of the order and it goes wobbly

On that day, July 14, the temperature in Scottsdale rose sharply to 110 degrees Fahrenheit (43°C).

Through an official statement, UPS responded that the employee in the video is “okay”. “UPS drivers are trained to work outdoors and under the effects of hot weather. Our employee took advantage of his training to stay on top of his situation and contact his manager for help, who immediately provided assistance,” he added.