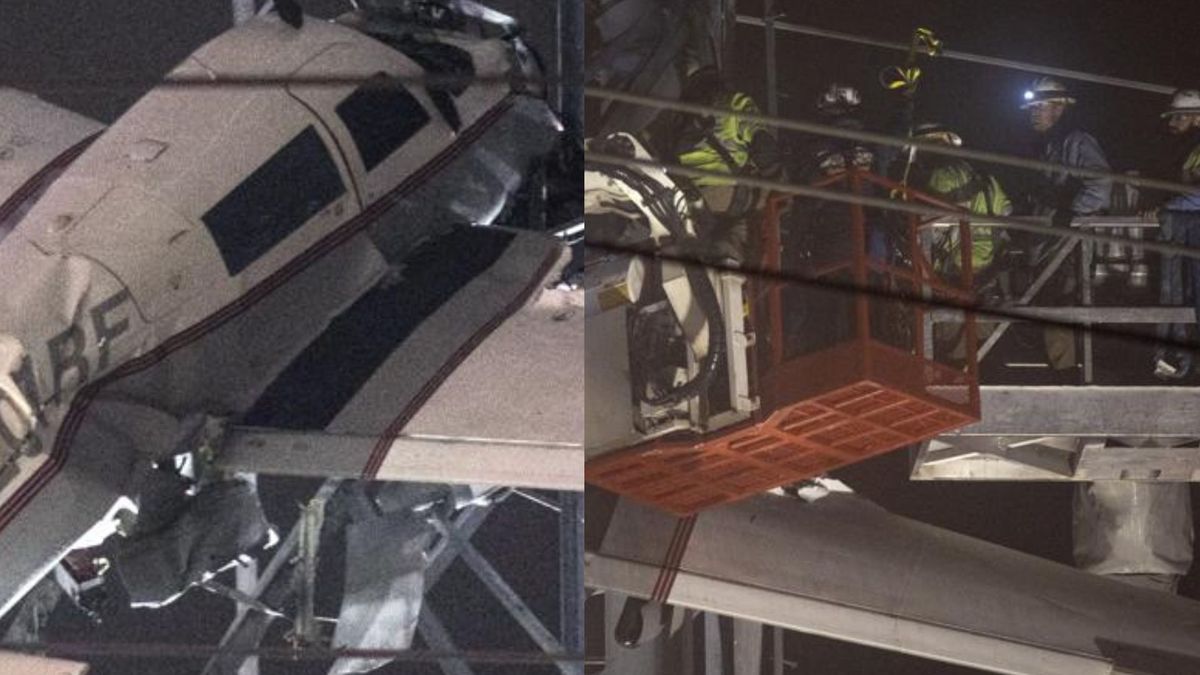 The event took place on Monday, November 28th. The injured pilot and passenger of the aircraft were rescued.

By the way, the Military Su-34 fell on a high-rise building in Russian Yeysk: everything that is known

How a plane crashed into a tower in the USA

The plane crashed into the tower and got stuck at about 30 meters. The accident occurred near the Montgomery County Airport in Montgomery Village, a suburb of Washington. This resulted in a power outage in the vicinity and delayed the subway.

Rescuers surrounded the tower. Rescuing the pilot and passenger was difficult as the lines were energized.

Later it turned out that the pilot was 65-year-old Patrick Merkle from Washington, and the passenger was 66-year-old Janet Williams. They were seriously injured, but their lives are not in danger.

Due to an accident about 120,000 people in Montgomery County were left without power. But later the power supply was restored.

The plane was later lowered to the ground. As a result of the accident, his front end was broken.

In the US, the plane crashed into the tower / photo AP

Recently, a plane with foster dogs crashed in the United States, which were supposed to be transported from one city to another. The liner landed on a snow-covered golf course.

The liner hit the trees with its wings and they were torn off. Then he slid through the mud and green lawn, crashed into a tree and stopped.

Employees of the golf club immediately rushed to pull two pilots and a passenger out of the damaged plane. Then it was the turn of the dogs, which were moved in boxes. All animals miraculously survived. Although some of them received light herbs.

Worthy of attention – In Istanbul, the plane crashed into a fence and fell apart: watch the video