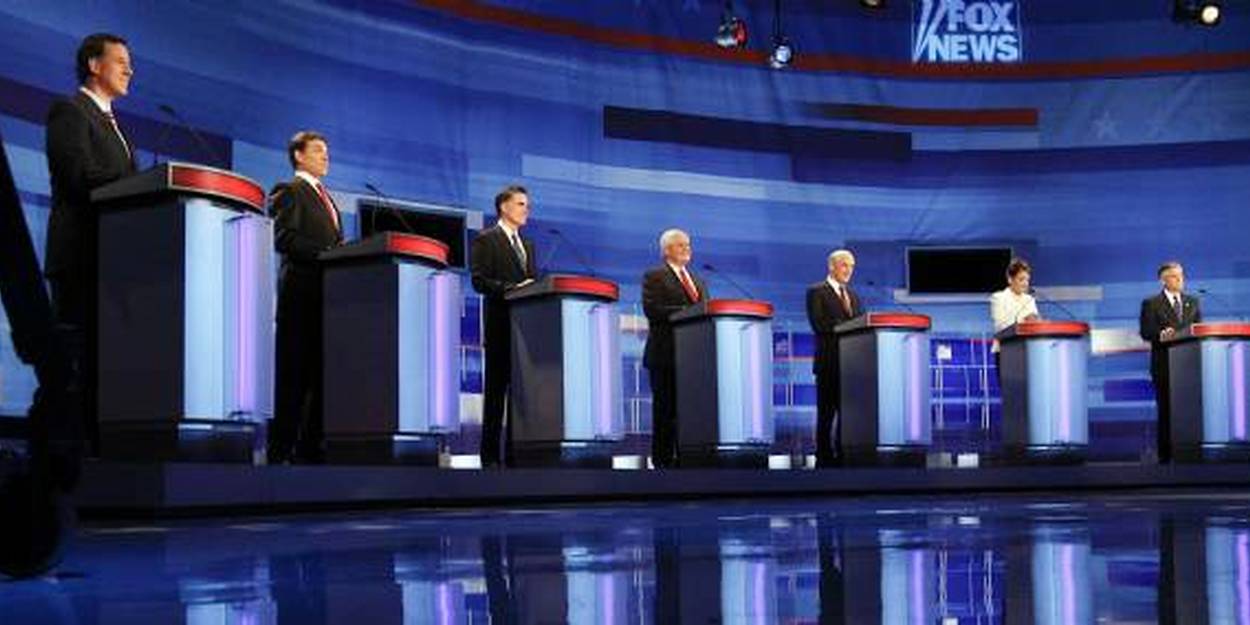 Every four years, it’s the same thing: thousands of journalists descend on Iowa, the smallest city teems with electoral rallies and the airwaves are saturated with political pubs. The whole country has its eyes fixed on this small state in the Midwest where the first ballot of the primaries is held which must nominate the Republican candidate.

But do Iowa and its caucuses still make sense? These campaign rallies must nominate delegates for the county convention who in turn will nominate delegates for the state convention which in turn nominate delegates for the national convention! It’s a gas plant that, in the eyes of the experts, is seriously in trouble: “Any sane American should take a step back and ask the obvious question: Is this really the right way to select a president?asks a journalist from the Washington Post. “Let’s say goodbye to the Iowa caucuses. They’ve been around for a long time, but it’s time we chose another state to launch the presidential campaign,” notes another specialist. “Maybe it’s a good time to point out that the Iowa caucuses are really ridiculous,” scoffs Gail Collins, a columnist for the New York Times.

In 2008, exactly 119,188 individuals participated in Republican caucuses, or 20% of registered Republican voters and 4% of the state’s population. A tiny minority but which exerts an enormous influence on the electoral process. If only this handful of voters were representative of America. But it is nothing. Iowa is far whiter, older, more rural, and more religious than the rest of the country. 60% of Republicans in the state call themselves evangelists. So very conservative. Which explains why any candidate leans automatically to the right as soon as he sets foot in Des Moines and spits out an anti-abortion or gay marriage verse.

Above all, Iowa organizes caucuses instead of primaries, a bizarre and very undemocratic system. Voters must go to a polling station Tuesday evening from 7 p.m., and listen for several hours to a whole series of palaver before being able to vote. The voting rules are particularly complex. There is no proxy voting, which penalizes the sick, the absent or simply families who cannot afford a babysitter. As a result, this gives pride of place to the most militant and often the most radical voters.

The voters of Iowa defend themselves by saying that they are better informed because they rubbed shoulders closely, at all the agricultural shows, with the candidates and asked them all kinds of questions. But this year, the majority of candidates have spent little time in the field, preferring to campaign through countless televised debates. Some like John Huntsman, the ex-governor of Utah, outright snubbed the state, believing it had no chance of winning because of its moderate stances. As for Mitt Romney, he only set foot there late, when he rose in the polls.

And Iowa, if history is to be believed, often bets on the wrong horse. Ronald Reagan in 1980, George HW Bush in 1988 and Bill Clinton on the Democratic side suffered a setback in the Iowa caucuses, which did not prevent them from winning the nomination and in stride the White House. Four years ago, victory went to the obscure Mike Huckabee, former governor of Arkansas, thanks to the support of evangelists. But he was crushed in the following polls and it was finally John McCain who was invested, when he had only come in fourth position in Iowa.

This year, the outcome of the election is even more uncertain. There is no real favorite, and 41% of voters on the eve of the election say they are still undecided. According to the latest polls, Mitt Romney, the former Mormon governor of Massachusetts, leads with 24% of voting intentions, closely followed by Ron Paul, a congressman with libertarian tendencies, supported by a young and very dynamic base. In third place is Rick Santorum, an ultra-conservative Catholic father of seven. Even if they win, neither has the slightest chance against Barack Obama. Paul defends far too extremist positions: he is an isolationist, for the decriminalization of drugs, the return to the gold standard, the dismantling of the Fed and the tax authorities and the cessation of all foreign aid, including to Israel. As for Rick Santorum, he’s a little too fundamentalist and has no war chest or field organization outside of Iowa.

Only certainty, if Mitt Romney wins Iowa, the primary battle is over. He is given the winner in New Hampshire, the next ballot, which should give him enough momentum to scoop up the rest and clinch the nomination. On the other hand, if Ron Paul or Rick Santorum win, the suspense should continue a little, at least until the primaries in South Carolina on January 21.