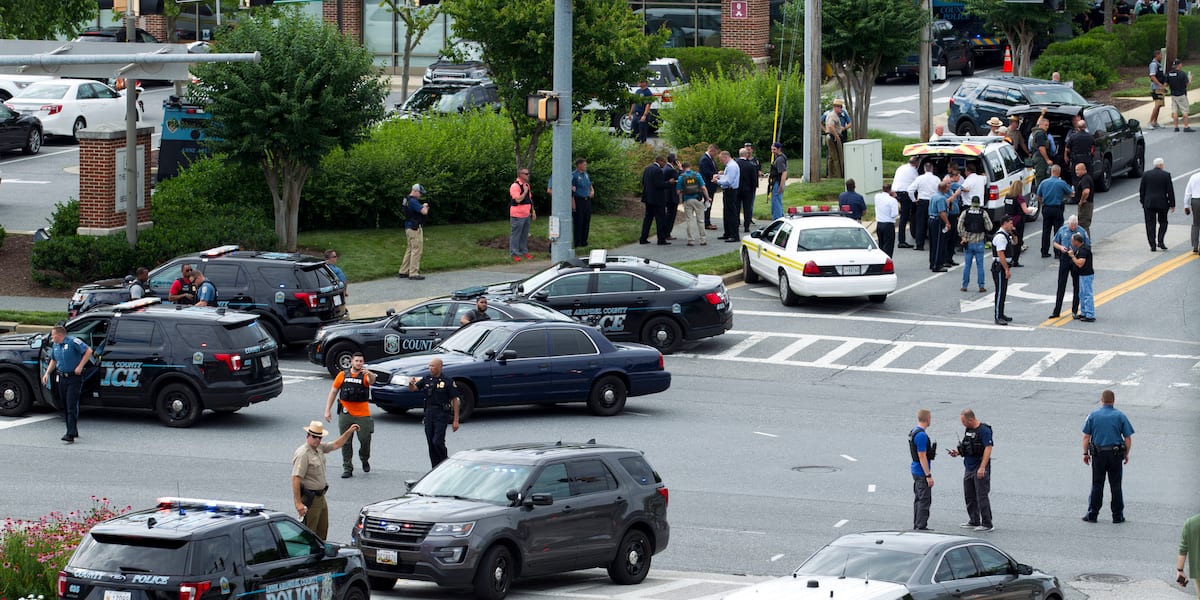 The perpetrator, in his late thirties from the region, was questioned for hours. According to the police, he only partially cooperated.

A reporter from the affected newspaper office wrote on Twitter: “A lone gunman shot at several people in my office. Some of them are dead.” According to eyewitnesses, workers hid under desks to protect themselves from the shots. Police were on the scene extremely quickly, within 60 seconds, said Steve Schuh of the Anne Arundel County District Government. “The officials showed enormous courage and immediately went into the building,” he emphasized. This prevented worse things from happening.

According to the police, there were threats against the editorial team before the deadly shots were fired. The threats were made via social media, police chief Bill Krampf said on Friday night. He did not give any details about the content or author.

A police spokesman said of the perpetrator: “As far as I know, he was upset with the newspaper as a whole.” The man did not specifically select individual reporters as victims. The broadcaster NBC had previously reported that the suspect had a legal dispute with the newspaper years ago – and lost it.

The attack with a long-barreled gun was targeted. The perpetrator was prepared, said Kramp. Among other things, he had liquids with him that caused smoke.

“I was completely dismayed”

The “Capital Gazette” is one of the oldest daily newspapers in the USA. It is the local paper for the area and is part of the Baltimore Sun group. The US federal police consider the shooting as a local event. This indicates that the investigators initially do not assume a political background.

The 40,000-inhabitant town of Annapolis is the capital of the state of Maryland. Annapolis is a popular tourist spot because of its location on the Chesapeake Bay and its historic 18th-century downtown area.

According to media reports, the police cleared the affected building and called on the population to stay away. Special forces were looking for possible explosive devices. The area has been cordoned off extensively.

Maryland Governor Larry Hogan was concerned. “I was completely devastated to learn of this tragedy in Annapolis,” he wrote on Twitter. He asked the population to follow all instructions from the authorities.

US President Donald Trump wrote on Twitter that his “thoughts and prayers” are with the victims and their families. He also thanked all the helpers. His spokeswoman Sarah Sanders tweeted: “”A violent attack on innocent journalists doing their job is an attack on every American.” Trump has repeatedly hit out at the so-called “fake news” media, which he believes are wrong about report him and his politics.

The organization Reporters Without Borders was “deeply shocked” by the incident. “This is a new tragedy for journalism, victims of increasing violence against journalists even in democracies,” said Secretary General Christophe Deloire.

Despite the attack, the newspaper plans to appear on Friday (local time). Some journalists worked with their laptops on a parking deck after the fact. The pressure has been moved backwards. “I don’t know how many pages there will be, but there are three of us working,” said reporter Chase Cook. The Capital Gazette, founded in Annapolis in 1727, is part of the larger Baltimore Sun.

In the video: Even lungs freeze: Researchers discover the coldest place on earth