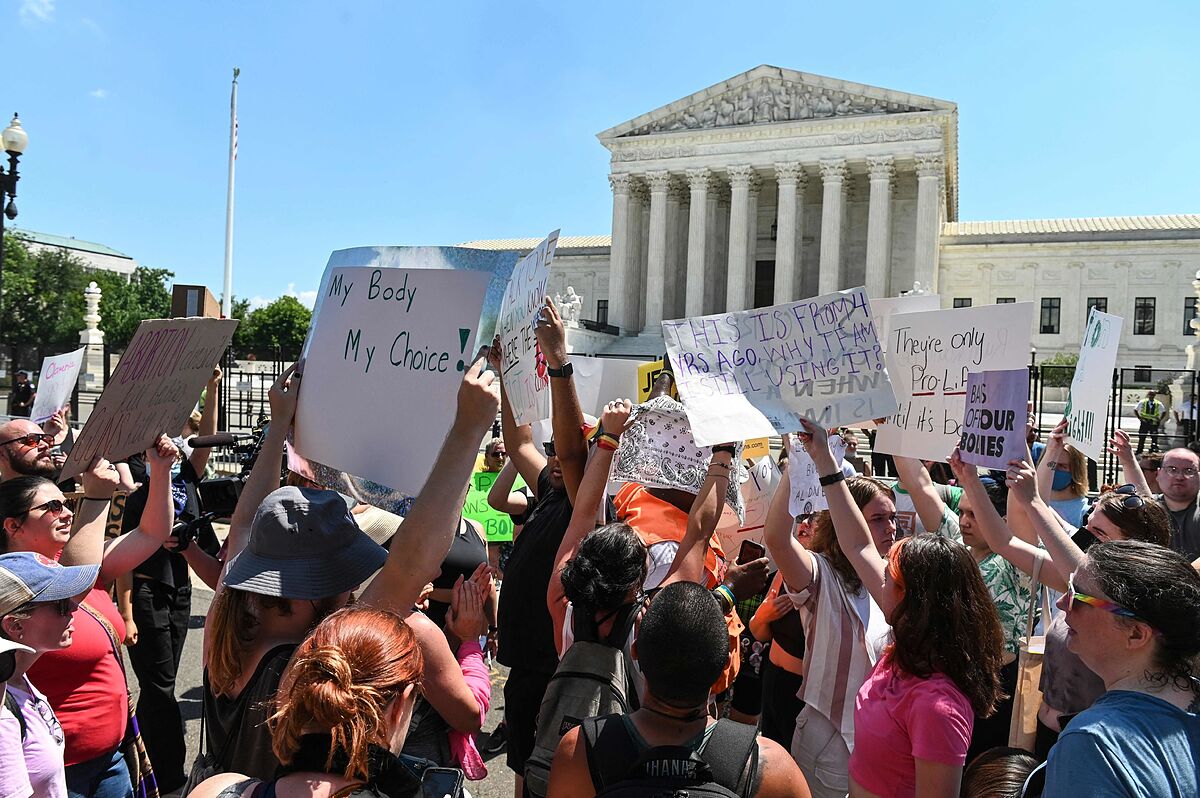 In Alabama, anyone who helps a woman have an abortion can be sentenced to 99 years in prison. In Texas, the maximum penalty is literally life in prison. These laws are just two examples of the new regulation of abortion in the United States that will come into force after the Supreme Court ruling on Friday, which repealed the constitutionality of abortion and therefore left it in the hands of the states.

That’s how you get to laws like Alabama and Texas. Abortion in the first of these states is prohibited in all cases, including incest and rape, with the sole exception that there is a serious risk to the mother’s life or that the embryo has some ailment that will cause death within the next few years. days after his birth. In Texas, it is only authorized when the woman is at risk of serious health problems if she does not abort.

The laws that typify those penalties and those regulations had been approved by those states, with a Republican majority. But until now they had not come into effect, since they were literally unconstitutional, since it contravenes the ruling of the Supreme Court ‘Roe versus Wade’, of 1973, which not only established that abortion was a universal right but also declared that it could be carried out until the fetus was “viable”, that is, it could live outside the mother’s womb. Normally, that meant abortions up to 24 weeks gestation.

See Also:  The Alabama Republican Party honors Trump as one of the "Greatest Presidents" |

As soon as the court made its decision public on Friday, all abortion centers in Texas closed their doors. The law that establishes the possibility of sending those who perform abortions to prison for life will only come into force in approximately two months. But the legal risks are already enormous. In Starr County, Texas, a woman who gave herself an abortion this year has been prosecuted for murder. Texas law provides for life in prison or even the death penalty for that crime. The confusion, furthermore, is aggravated in a country as decentralized as the US, where district attorneys have enormous autonomy to say what actions they take. In Alabama, two of the three abortion centers in the state closed their doors immediately.

The debate does not only affect abortion. In his ‘opinion’ – which is what the analyzes of the Supreme Court justices are called when that judicial body passes sentence – on abortion, on Friday, Judge Clarence Thomas urges the court to “reconsider” a series of decisions in those in which contraceptives, same-sex marriage and sexual relations between men were legalized.

Precisely, Thomas’s wife, Ginni, was one of the organizers of Donald Trump’s strategy to try to reverse the results of the 2020 elections, which were won by Joe Biden. There is also the question of whether in the future the Supreme Court will decide that abortion should not be legal in any state of the country, something that for now seems impossible but that, after Friday’s ruling, has taken on plausibility.

According to the criteria of