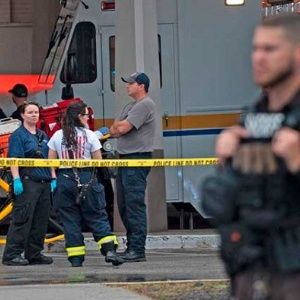 The non-governmental organization (NGO) Gun Violence Archive revealed on Tuesday that more than 150 people were killed and 340 injured by gunfire in the United States (USA) in the first three days of 2023.

At least one dead leaves shooting in a US shopping center.

According to the database of said NGO, updated in real time, 151 people were shot accidentally or intentionally, as a result of which they lost their lives.

The GVA report states that since the beginning of the new year, 198 people have committed suicide using firearms, bringing the total number of deaths to 349.

FYI: The U.S. has already reached 100+ gun deaths and 250+ gun injuries in the first three days of the new year. https://t.co/FvpFxOZdH9

The GVA database is updated from information published by the Centers for Disease Control and Prevention (CDC) and 7,500 other sources, and already records seven mass shootings.

Five of them occurred on January 1 and the rest on January 3. The first took place in the cities of Chicago (Illinois), Durham (North Carolina), Columbus (Ohio), Allentown (New Jersey) and Ocala (Florida), while the rest occurred in Washington (District of Columbia) and New Orleans (Louisiana).

In the view of GVA CEO Mark Bryant, some casualty numbers were down in 2022 compared to 2021, as was the case with mass shootings.

However, it drew attention that at least one mass shooting occurs daily, that more than 20,000 Americans have been killed by the use of firearms, and that there is a tendency for children to be killed by their parents.