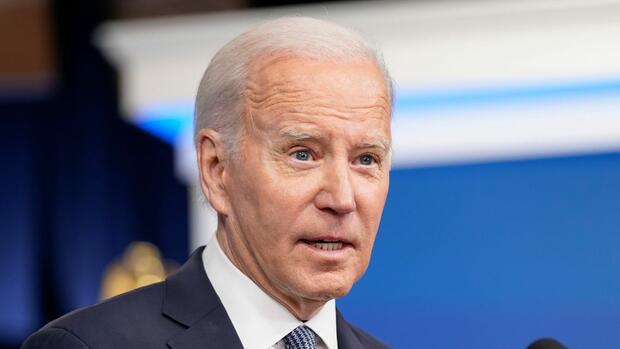 Washington Garland was chosen by Biden as Attorney General and is now outsourcing the politically sensitive investigations – as he did in a similar case involving former President Donald Trump. The investigation into Biden is to be led by lawyer Robert Hur.

In the past few days it has become known that classified information from Biden’s time as deputy has been discovered in various places. These include private offices in the US capital Washington and the Bidens house in Wilmington in the US state of Delaware. The first tranche had already been discovered in early November – shortly before the important congressional elections in the USA, which took place just a few days later on November 8th. The White House emphasized that Biden’s lawyers immediately informed the National Archives, which is responsible for storing such documents. However, the public only found out about it a few days ago when the media reported on the delicate find.

As a reaction to the first discovery when clearing out the private offices in Washington, employees of the US President are said to have searched for further documents and finally found them in his house, explained Biden’s special adviser Richard Sauber. In addition to a find in a garage, Sauber also announced another document had been discovered in an adjacent room among stored materials. Biden spoke of his “personal library”.

Garland has now revealed further details about the timing: The Department of Justice was informed by the National Archives on the evening of November 4 about the first find of documents in the private office of the former Vice President in the Penn Biden Center in Washington. “This office was not licensed to hold classified information,” Garland pointed out. As a result, the FBI and the Department of Justice began investigations.

As early as December 20, Biden’s team informed the Justice Department that other classified information had been found in the garage of Biden’s home in Wilmington – also from his time as Vice President, Garland said. On Thursday, the ministry found out about the other document found.

Special Counsel Hur once nominated for post by Trump

Garland said he decided a few days ago to use a special counsel based on the research so far. In the past few days, this had finally been selected.

The 50-year-old Hur worked for the Justice Department in the past – for example on the topics of counter-terrorism and corporate fraud. He was later, among other things, a prosecutor in the US state of Maryland. Hur was nominated for the position by then-President Donald Trump. Most recently, he worked as an attorney for a law firm in Washington.

For Biden, the situation is politically extremely delicate, because his Republican predecessor Trump caused a scandal with a similar case in the summer. When he left the White House, Trump took government documents with him to his private estate Mar-a-Lago in Florida on a grand scale, including a number of top-secret documents. The Federal Police FBI had searched the property in August and confiscated various classified documents. Trump could have committed a criminal offense.

In Trump’s case, Garland also claimed special circumstances and appointed lawyer Jack Smith as special counsel. This deals on the one hand with the investigations in connection with secret government documents. He is also investigating the attack on the US Capitol on January 6, 2021.

In certain exceptional cases, it is in the public interest to appoint a special counsel to independently conduct investigations, Garland said at the time. A major reason for the appointment was that Trump had recently announced a renewed candidacy for the presidency. Biden has also repeatedly stated his general intention to compete again. He has not yet made a final decision public.

The Democrat Biden had rated his predecessor’s behavior as “irresponsible”. Trump, in turn, had sharply criticized the actions of the Attorney General appointed by Biden and repeatedly addressed the special counsel Smith verbally. After the revelations about Biden’s handling of secret documents, prominent Republicans also called for the appointment of a special investigator. Republicans had also accused Biden and his administration of using double standards and exaggerating when dealing with Trump.

This differentiates Biden’s and Trump’s case