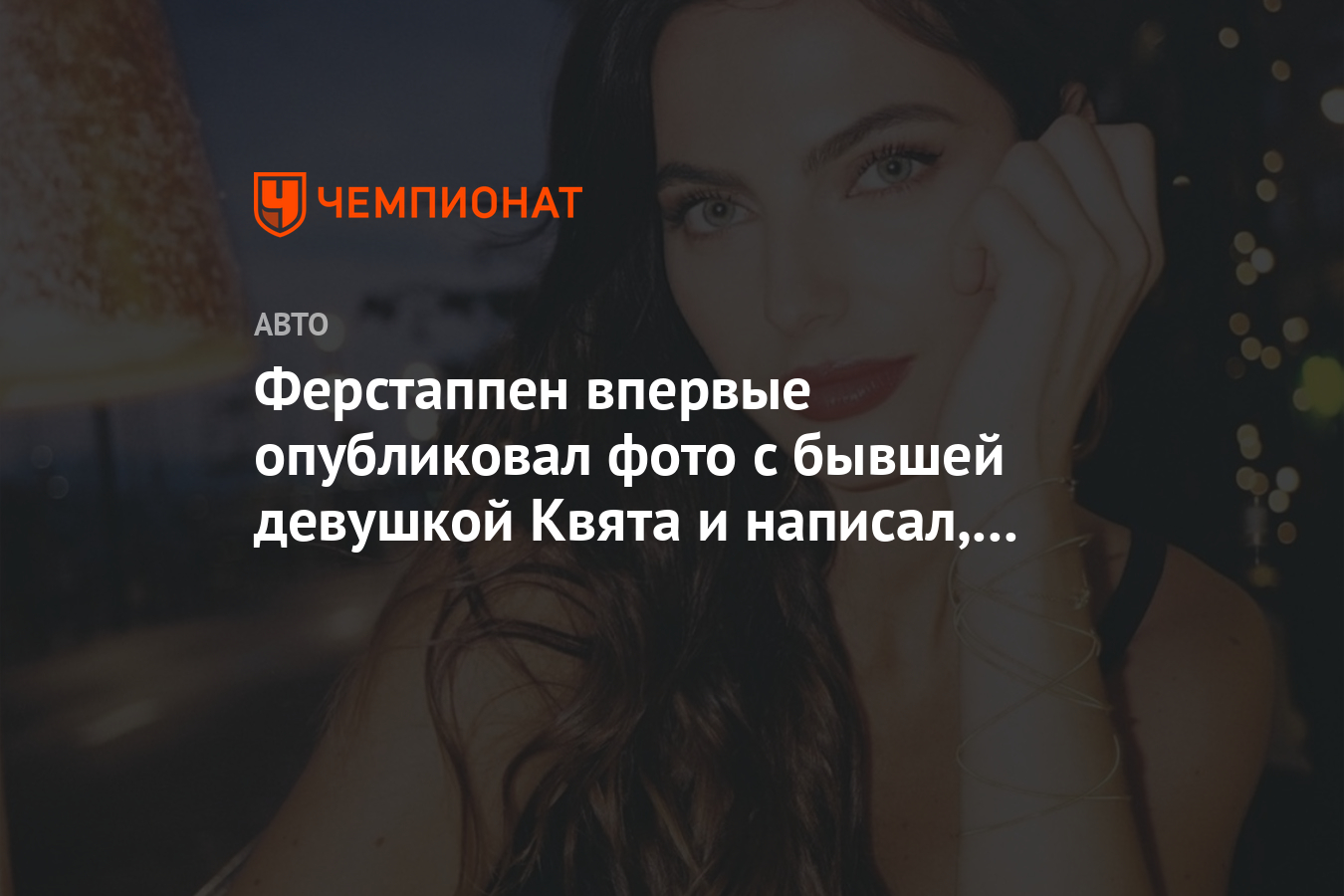 Red Bull pilot Max Verstappen congratulated the fans on the New Year and published on his Instagram a joint photo with Kelly Piquet, the ex-girlfriend of a Russian racer Daniila Kvyat.

“Happy New Year to everybody! Let’s make 2021 memorable in every way. I wish you success, love and happiness that I have found, ”signed Verstappen.

Rumors that Kelly and Max had started dating emerged in November, when the Red Bull pilot posted a poem on Pique’s Instagram page.

Recall that on July 27, 2019, a daughter was born to Kelly and Daniil Kvyat. The girl was named Penelope. In December, Piquet removed almost all the photos with Kvyat from her Instagram, and then the fans suggested that the couple had broken up. However, neither Kelly nor Daniel has officially commented on this information since that moment. The girl broke the silence for the first time on April 16, 2020. Then, answering questions from subscribers, the daughter of the three-time Formula 1 world champion Nelson Piquet said: “Daniel and I are best friends.”

A sea of ​​beautiful photos – even Daniel’s fans are unlikely to unsubscribe from the Brazilian.