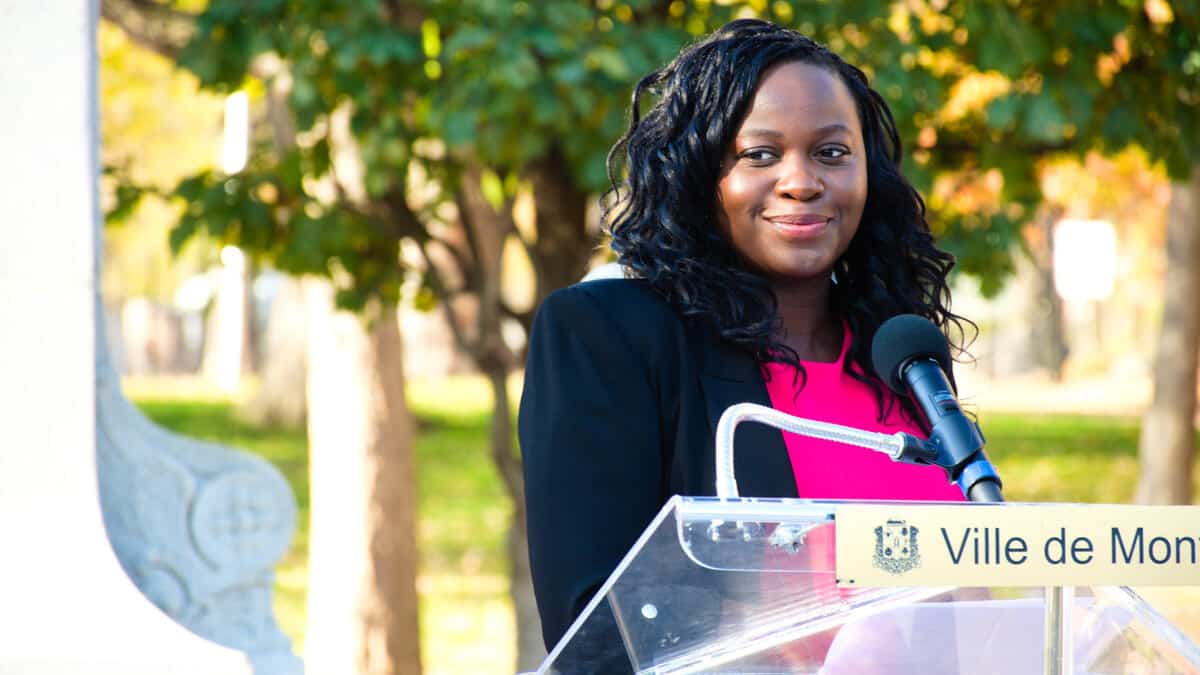 The recounts are now complete in the Côte-des-Neiges – Notre-Dame-de-Grâce borough, confirming the victory of Gracia Kasoki Katahwa as borough mayor and Despina Sourias as city councilor.

• Read also: An executive committee dominated by women in Montreal

“What an entry into politics! From the count, it was a lot of emotions, but we were confident, ”exclaimed Ms. Katahwa, who learned the news live during the presentation of the Executive Committee of the City of Montreal on Wednesday morning.

A nurse by training, she became the first black woman to become mayor of one of Montreal’s 19 boroughs.

“I couldn’t be happier than I am now! I can’t wait to start, ”exclaimed the young woman with a radiant smile.

She succeeds Sue Montgomery, whose four years in the role have been filled with controversy.

To win mayoralty, Ms Katahwa had to defeat Lionel Perez, who served as a councilor for 12 years at city hall, where he was notably leader of the official opposition for the past four years.

“She is an exceptional woman and she had an excellent campaign,” said the mayoress of Montreal, Valérie Plante. We will settle all that, but what I can say is that Gracia is an important person for our team. ”

In the district of Loyola, of the same district, the victory of Despina Sourias, is also confirmed. The newly elected was officially sworn in on Wednesday morning, shortly before the unveiling of the members of the executive committee, where she will occupy the role of associate adviser on the status of women, diversity, youth and seniors.