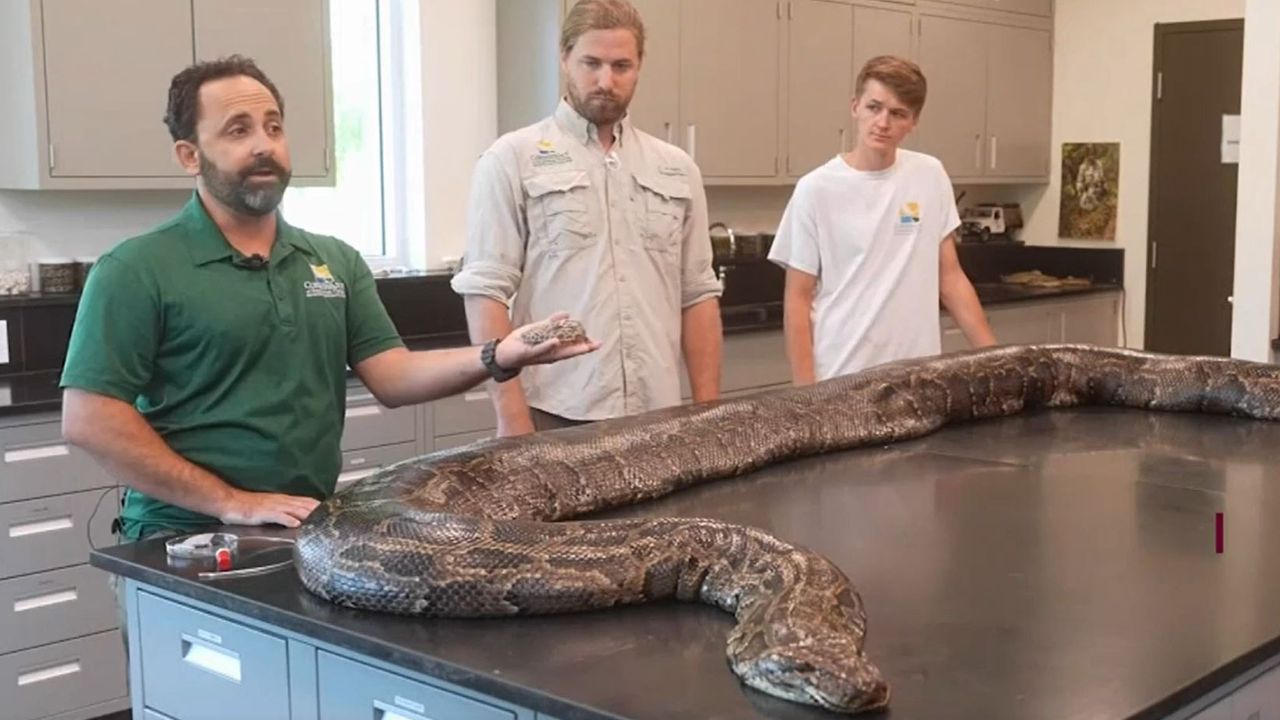 A real monster. This is what biologists from the Conservancy of Southwest Florida, which works for environmental conservation in the Everglades, stumbled upon at the end of last year. They were on a mission in these swampy subtropical expanses of southwestern Florida, partly protected, when they came across this famous, unexpected catch, a female Burmese python of extraordinary weight.

It was thanks to a male “scout” snake equipped with a GPS, which the scientists use, that they found the reptile. It was only after a twenty-minute struggle that the reptile was neutralized. Back in the lab, the scientists thought their scales were broken when they saw the python’s weight displayed: nearly 98 kilos. From herpetologist’s memory, we had never seen this in the United States.