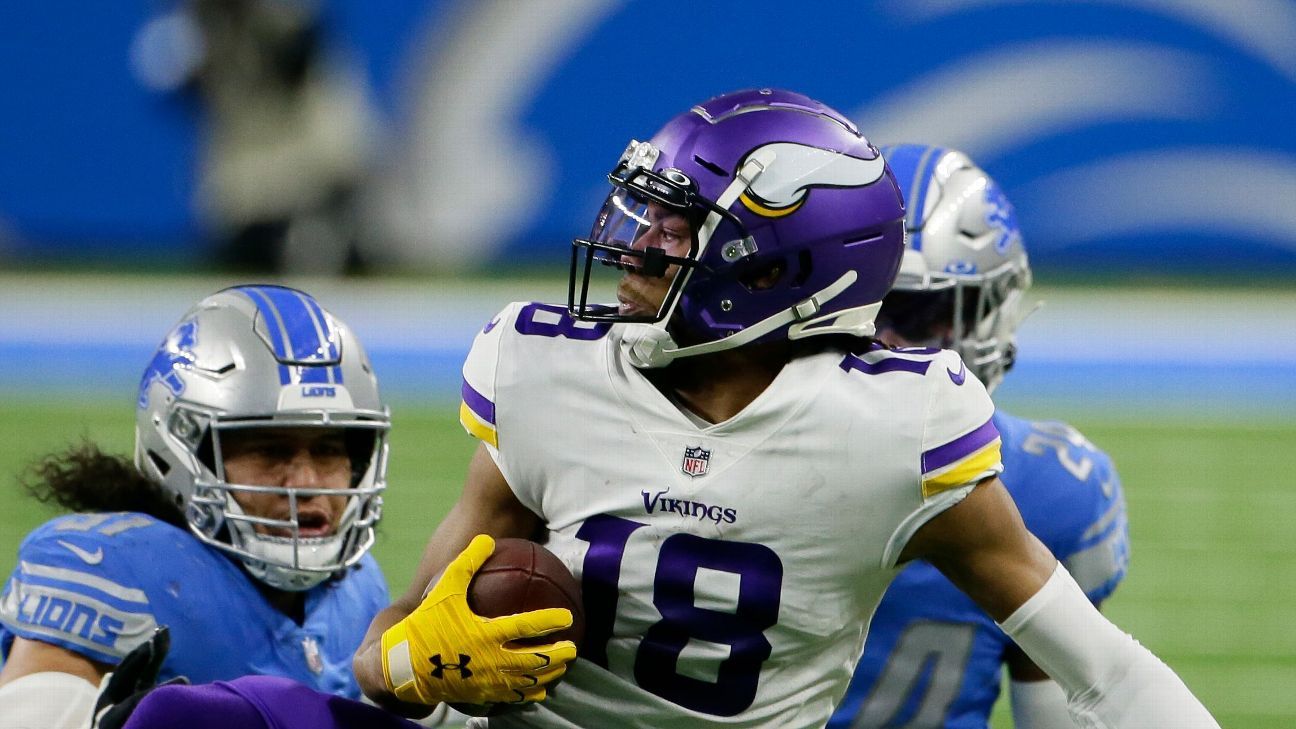 Justin Jefferson of the Minnesota Vikings set a new NFL record by becoming the rookie with the most receiving yards in a Super Bowl-era season (since 1969).

The receiver, recruited in the first round of the last draft, reached the Week 17 duel against the Detroit Lions with 1,267 yards and needed 111 to break the previous mark, which belonged to Anquan Boldin and who set it in 2003 with Arizona by adding 1,377 receiving yards.

Jefferson set the new mark with a 37-yard pass reception from Kirk Cousins ​​in the fourth quarter. In all of NFL history, Jefferson ranked as the second rookie with the most receiving yards in a season, behind only Bill Groman, who had 1,473 yards for Houston in 1960.

Prior to that feat, Jefferson set the Vikings record for the most yards for a rookie catcher by catching a 15-yard pass in the third quarter and leaving behind Randy Moss’ record of 1,313 yards in 1998.

In December, Jefferson broke the mark for most receptions for an NFL rookie who also belonged to Moss.

In the game that the Vikings beat the Lions, Jefferson caught nine passes for 133 yards to add his seventh game with at least 100 receiving yards.