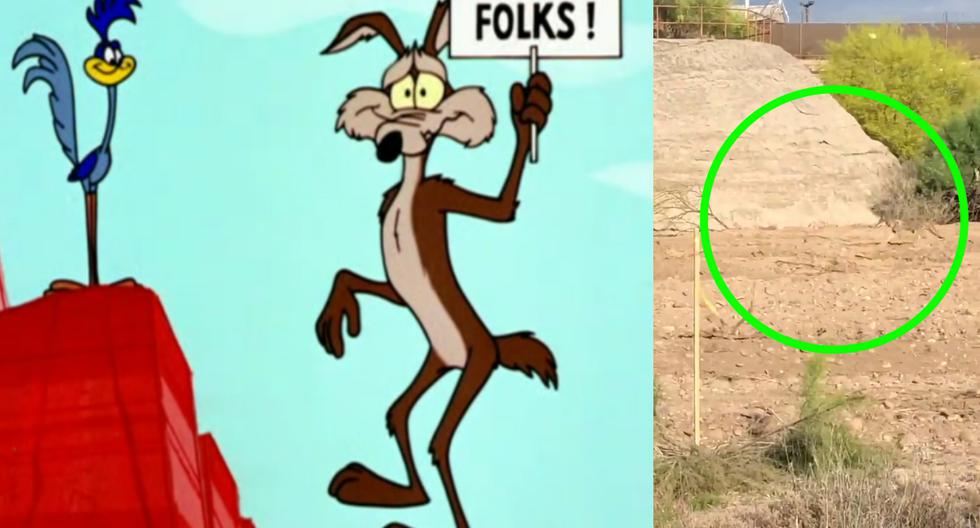 When reality imitates fiction. A classic scene from ‘Looney Tunes’ apparently came to life after a video viral Recorded in the United States, it showed a coyote chasing a roadrunner and comparisons with the two iconic fictional enemies from the famous Warner Bros. cartoons were swift.

MORE INFORMATION: Dogs are viral for waiting like this for their owner: the best you will see today

Michael Thomas Bogan, a college professor at the University of Arizona School of Natural Resources and the Environment, shared in his twitter account the images of a coyote on the heels of a roadrunner on a dry stretch of the Santa Cruz River, located in downtown Tucson.

“There is a coyote chasing a roadrunner”, Bogan is heard saying in the video viral. “I can not believe it. That looks like something out of cartoons “added the professor, recalling the relentless search of the ingenious but ill-fated Wile E. Coyote to catch the Roadrunner, who always managed to thwart his plans.

MORE INFORMATION: The ‘hug’ between a dog and a horse has moved thousands of Internet users

And just like in cartoons, the roadrunner from the video viral escaped unscathed from the coyote’s siege. While for the rest of the world this seems unusual, for residents it is a common sighting as there are large numbers of these animals in the area, although Bogan stressed that it was the first time he had recorded such a moment on video.

The cutest video: granny goes viral for receiving Alexa’s Echo Dot speaker for a cause! It is viral for selling its Pokemon cards to pay for medicine classes Viral of the year! The reaction of a girl with a disability when receiving Harry Potter books in Braille

Surprises for the animals of the Huachipa zoo

Surprises for the animals of the Huachipa zoo