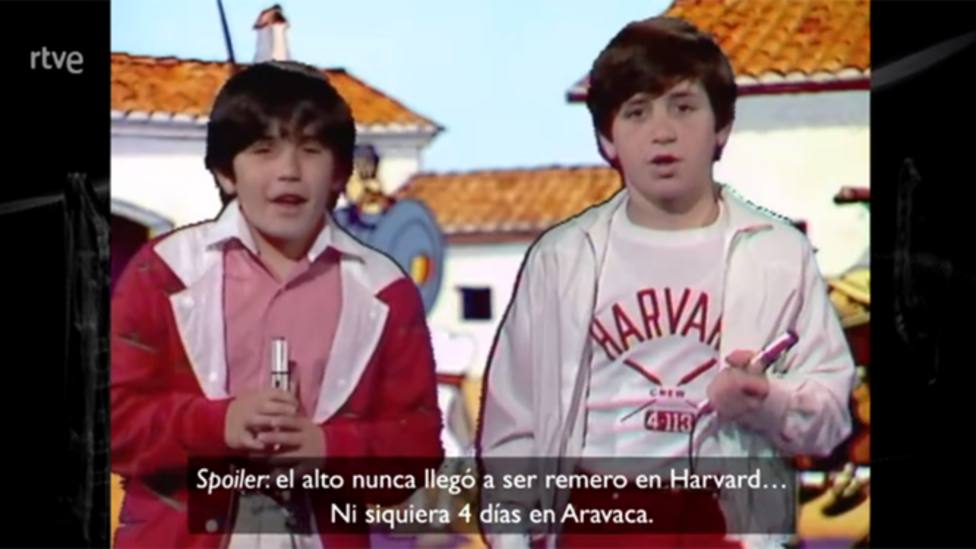 ‘Cachitos’ is one of the star programs of TVE and that every New Year’s Eve usually becomes a Trending Topic with #CachitosNochevieja. When we had already welcomed 2021, people remained in their homes attentive to the small screen without knowing what was going to happen.

And this was demonstrated by the social networks that in a matter of minutes criticized some of the labels that could be read during the broadcast of the program referring to the matches of Vox, Citizens and Popular Partyr. Neither were King Emeritus, Ricky Martin or Miguel Bosé spared from their labels.

THE MESSAGES TO VOX, CITIZENS AND PP

One of the most criticized messages was the label that appeared when we saw the group on stage Locomía and his song ‘Loco Vox’. The text read the following: “This video does not require witty comments. We will use the following label to remind you of the title of the song: Loco Vox.”

Well just with this #CachitosNochevieja It has already improved all of 2020. pic.twitter.com/7vJwJqho2T

Nor did he escape Citizens, from the program they remembered the march of

“>Lorena Roldan from the orange formation to PP. For this, ‘Cachitos’ took advantage of the appearance of Laura Pausini to make this comparison: “Laura Pausini’s love curriculum has more dropouts than the Citizens’ lists “.

And of course, allusions to Pablo Casado and Isabel Díaz Ayuso could not miss. For the leader of the PP they used the image of one of the members of the duo Buttons, the children’s duo that gave voice to the cartoon series ‘Don Quixote de la Mancha’. This member wore a Harvar t-shirt and this is where the program takes the opportunity to throw a hint to Casado about his ‘Harvard graduate degree’ that he claimed to have. The caption read: “Spoiler: the tall man never became a Harvard rower. .. not even 4 days in Aravaca “.

To the president of Madrid, Isabel Diaz Ayuso They reminded him of the song ‘Let the rhythm not stop’: “this was put by Ayuso to the masons of his hospital (the Zendal Hospital) over the public address system … and not even then, hey.”

Jojojojojojojo El Momento Zendal with Paty Manterola and “Let the rhythm not stop”.

In ‘Cachitos’ it is usual that the performances we see are accompanied by original and humorous labels linked to the present, and this is demonstrated in each program. However, those of this New Year’s Eve have caused numerous criticisms and anger from some viewers.

MIGUEL BOSÉ AND PANTOJA, NEITHER ESCAPE THE SIGNS OF ‘CACHITOS’

Miguel Bosé has been one of the most prominent figures during this covid-19 crisis for his controversial opinions about the pandemic. And for that reason, ‘Cahitos’ took advantage of one of their performances to launch the following message: “eThese signs are chip free and 5G free. They were written in a notebook by a scriptwriter with an aluminum cap, “they wrote during one of the singer’s performances.

But this year they are overcoming and we are entering 2021 without stopping laughing. Thank you writers of #CachitosNocheviejapic.twitter.com/aPXwg5VMKq

And from Bosé to one of the hottest rows of 2020, the ‘Singer’ case, for which Isabel Pantoja and her son Kiko Rivera are faced. In this case, they used a performance by Agustín Pantoja, whom they defined as the “Angela Channing of Cantora Crest”.

I’m crying with laughter “El tito Agustín, Angela Chaning from Cantora Crest” The person in charge of editing the videos is my idol#CachitosNocheviejapic.twitter.com/6icV0sRmUS

Well just with this #CachitosNochevieja It has already improved all of 2020. pic.twitter.com/7vJwJqho2T