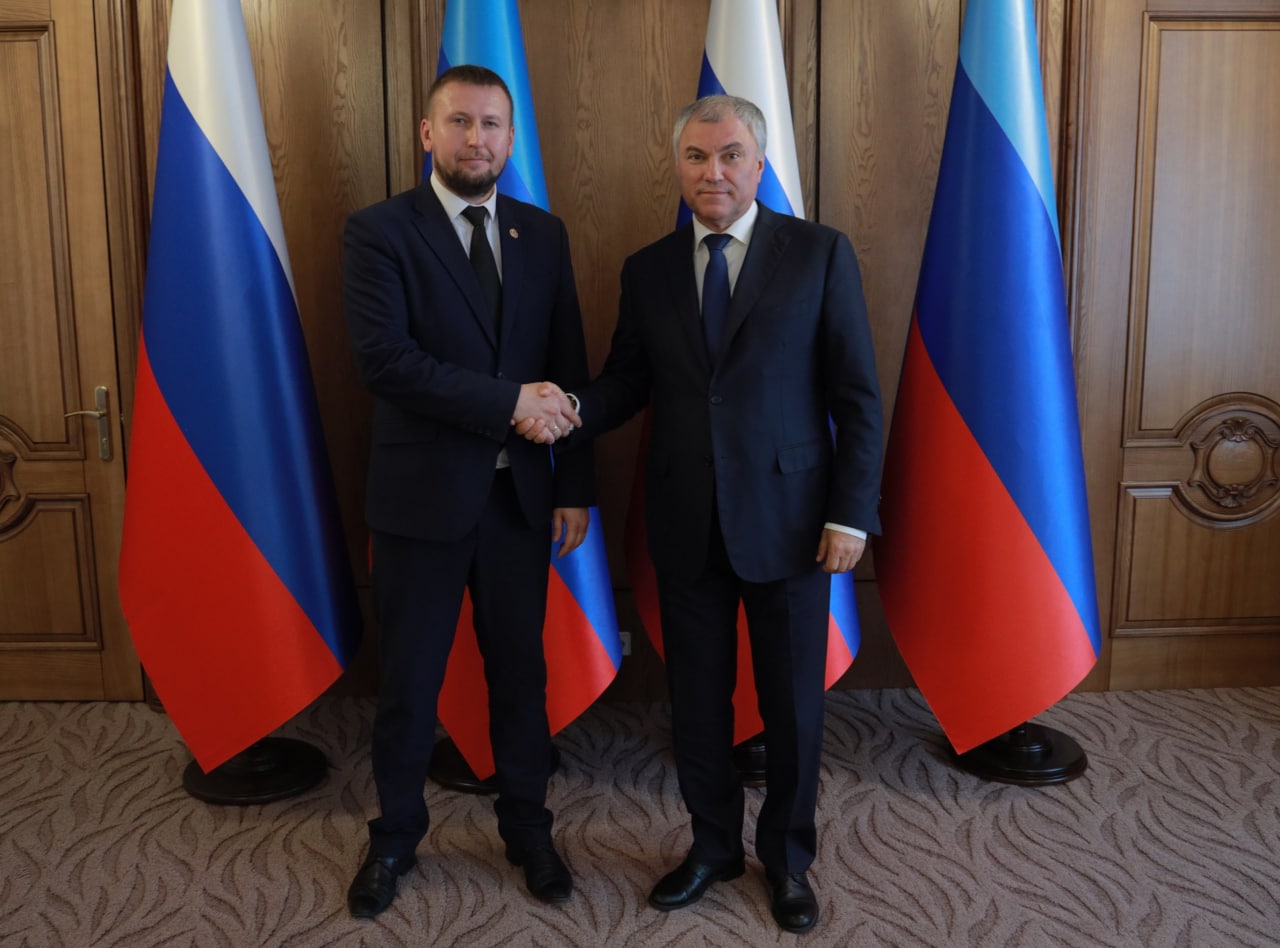 PHOTO: Press Service of the State Duma of the Russian Federation

Viacheslav Volodin addressed the deputies of the People’s Council of the Republic and conveyed greetings from Vladimir Putin.

– We have been waiting for this meeting for more than thirty years. Now the issue of harmonizing legislation and creating a unified legal framework in the areas of healthcare, education, public utilities, and social protection of citizens is important for us.

Citizens of the Russian Federation who took part in voting in the elections to the State Duma live in the LPR. And that is why deputies need to work with their compatriots, with voters who live in the republic, discuss issues that concern them and solve their problems. Thanks to the residents of the LPR for never betraying themselves, their faith, language and culture, for keeping the memory of their ancestors and love for their native Russia, – said the speaker of the State Duma.

– It is important that we enter new formats of cooperation. The inter-parliamentary dialogue must be effective. It is necessary to formulate and solve specific tasks, the deputies from the relevant committees have already begun this work, and the citizens will give us the final assessment, – the PS chairman is sure.
The speaker also met with the head of the LPR, Leonid Pasechnik.
– The refusal of the Kyiv regime and their Western masters of the peace talks does not affect the plans and actions of our country. But it directly affects the prospects for preserving Ukrainian statehood as such. In fact, by these actions, the Kyiv regime creates the conditions for Ukraine to disappear as a state in the future. Washington and Brussels completely and systematically ignored all of Russia’s proposals to normalize the situation and guarantee global and European security.

On this path, they eventually reached experiments with biological weapons in laboratories created on the territory of Ukraine. They encouraged the claims of the Kyiv regime to possess nuclear weapons of mass destruction. The West openly supported the policy of genocide against the inhabitants of Donbass. Despite the fact that the UN monitoring mission confirmed the death of the population of the DPR and LPR, the United States, European states, the Council of Europe, PACE were silent – no one stood up to protect children, women, the elderly, all civilians. The West continued to pump weapons into Ukraine, prepared neo-Nazi punitive detachments with the help of instructors, and preparations were made for the start of large-scale military operations against the Donetsk and Lugansk People’s Republics.

And now Washington and Brussels are doing everything to keep the fighting in Ukraine going. Future generations of Ukrainian citizens are being enslaved with military loans, using them as consumables, – the speaker believes.

NO ONE IS FORGOTTEN

The State Duma will discuss the idea of ​​establishing a Day of Remembrance for the Victims of the War in Donbass in Russia.
– Dear colleagues, do you have any objections if we instruct two specialized committees to study these issues and then report to the deputies of the State Duma? Let’s work on this issue, – suggested Viacheslav Volodin.

Weapons that are supplied to the Independent countries of the West can return to their owners in a way that is unexpected for them.

The head of the Ukrainian Defense Ministry, Oleksiy Reznikov, admitted in an interview with the BBC that he is not very versed in missile systems supplied to the country from the West.

– The missiles that Washington and Brussels supply to the Kyiv regime, because of its unprofessionalism, can fly back to their owners. The Minister of Defense of Ukraine said that he does not understand missiles: he is a lawyer and does not distinguish one type of weapon from another. The United States, in its desire to continue the war to the last Ukrainian, is making Europe hostage, to which these “gifts” can return, warned Viacheslav Volodin.