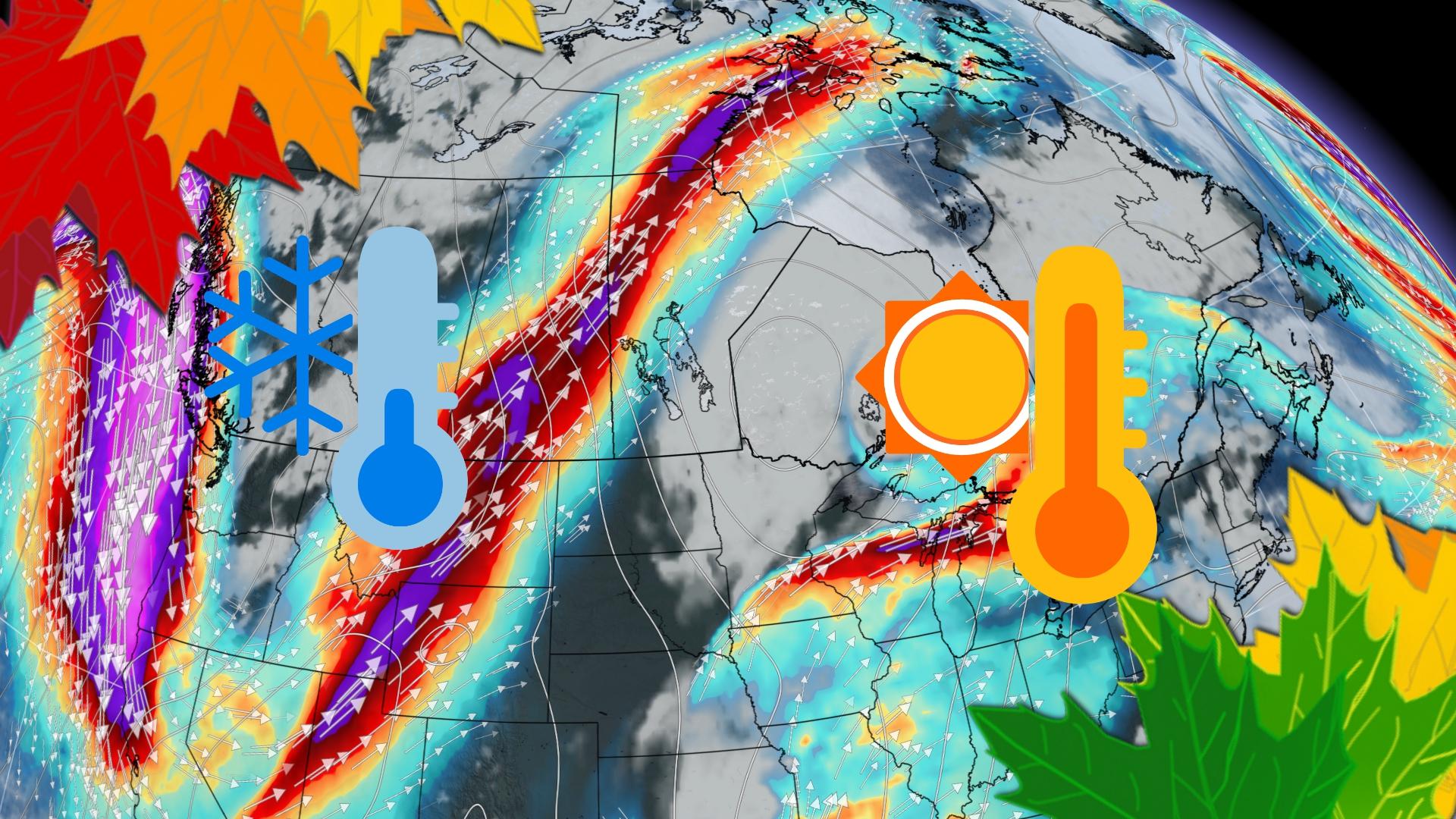 Friday, October 8, 2021 at 12:00 p.m. – While the province is enjoying summer-like temperatures, the western part of the continent is experiencing the repercussions of an atmospheric anomaly.

While an atmospheric ridge is currently favoring Quebec, at the other end of the continent, a trough has plunged the American west coast below seasonal norms. The cold dominates the west

California, considered the breadbasket of the United States and where many of the fruits and vegetables that Quebec imports come from, will be entitled to a temperature anomaly of 5°C below normal. It could reach 10°C less than normal in places! These will be the result of a cold air mass descent that will even reach northern Mexico. The presence of such a large trough will notably accentuate the ridge located on the east coast by allowing warm air from the southern United States to rise towards Quebec. This will be a notable anomaly since areas in northern Quebec, such as Waskaganish and Val-d’Or, could be entitled to temperatures of 20°C on Monday. Normally, these Quebec sectors are rather entitled to ten degrees at most, at this time of year.

Moreover, the US state might even receive precipitation in the form of rain and snow. However, it is rather the mountainous areas that should see snowflakes. But, however small the amounts of precipitation, it is a real gift for this state, compared to previous months marked by drought and intense heat. This scenario of a Quebec more beautiful and warm than California is all the more atypical, since the month of October is not recognized as being a rainy month in this sector of the United States.

See Also:  Drought in California - farmers sell their water instead of watering fields