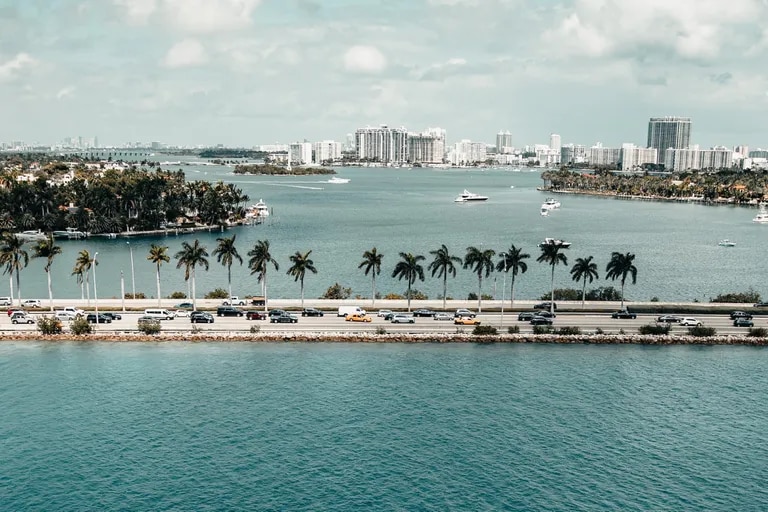 Miami is known for its sunny and warm weather for most of the year. The city is considered as an ideal destination for beach lovers and for those who enjoy outdoor activities. However, it is important to be aware of the weather forecast of each day to take into account possible variations that could modify daily plans. Below is the report of the weather conditions for this Tuesday, January 3.

This January 3 in Miami begins with temperatures above 70 degrees Fahrenheit and slightly cloudy skies; Highs will exceed 80 degrees. It is expected that its highest point will be reached in the afternoon. With an ocean breeze it could be an ideal day for beach lovers and boaters.

According to the most recent report of The Weather Channelthis day in Miami there will be a 79% humidity index and a UV radiation index of 3/10.

At the national level, the reporte del National Weather Service The US reports heavy snow and rain, as well as frost, over parts of the Northern Plains and as far as the Upper Mississippi Valley and Upper Great Lakes. On Monday, alerts were maintained for a winter storm that was fatal in California and that it threatened tornadoes in the South and heavy snow, sleet and freezing rain in the Midwest.

During the week of Monday, January 2-6, Miami residents and visitors will be able to enjoy partly cloudy and sunny skies on most of these days.

The city is located next to the Atlantic Ocean, so the climate is ideal for lovers of the sea breeze. In summer, the temperatures have few variations while in winter the atmosphere in general remains temperate, with averages between 55 and 77ºF.

If you want to visit this city, the best time depends on the reasons. Some travelers agree that the ideal time is from November to May, when temperatures are milder and hurricanes are avoided.

For those who prefer to enjoy the beach, it is advisable to go to Miami from May to early June. In the same state, in Florida, some of the best-known theme parks are located, such as Walt Disney World in Orlando. The optimal thing is to visit it in the first two months of the year because they are low season.

Although January is one of the coldest months in Miami, the general atmosphere is temperate. In this month there are few rainy days and there are also some sunny ones to enjoy the ocean.