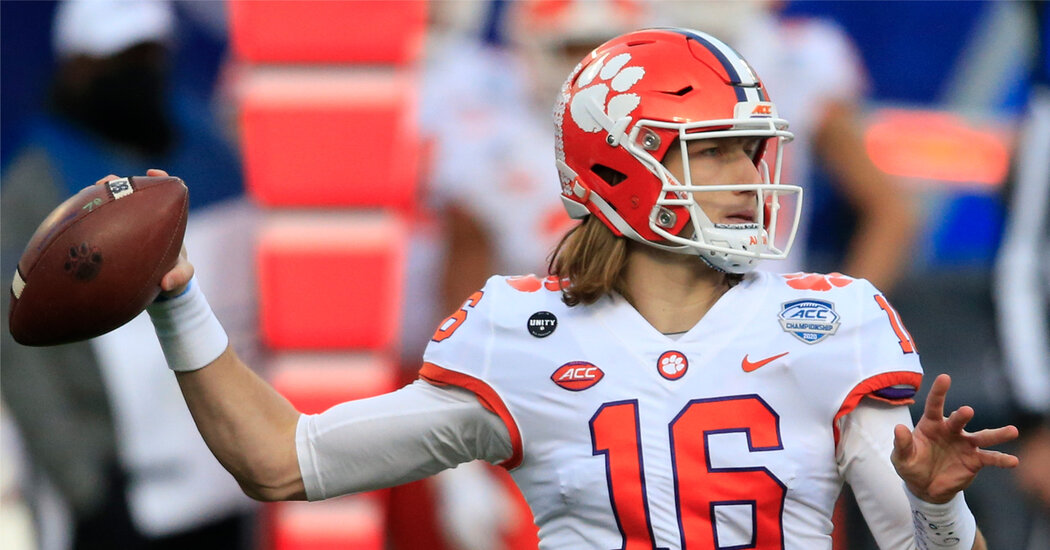 Notre Dame’s only playoff game, the 2018 semi-final match against Clemson, was a disaster: a 30-3 loss. The game against Alabama is one of its best chances for glory, even if the Irish Fighters enter as underdogs.

Viewers: Alabama defensive coordinator this week, Ian Bock, the midfielder, said, “It kind of makes them swing,” but also highlighted Keren Williams, a sophomore who ran 1,061 yards this season. Jeremiah Owusu-Koramoah, 215-pound full-back, and Kyle Hamilton, sophomore safety student, each have 56 passes each, tied to the captain.

Something that Notre Dame loves: The writers have only thrown two objections this season. In the previous ten seasons that Brian Kelly coached the Irish fighting team, Notre Dame midfielders averaged around 12 interceptions per year.

Something Notre Dame dislikes: History, or at least talk a lot about it. Aside from winning the regular season over Clemson in November, Notre Dame has struggled in marquee matches. There was the 2018 semi-final, but also a 16-point loss to Ohio State to end the 2015 season and a 28-point loss to Alabama in the 2012 Bowl Championship Series game.

Notre Dame Warning Light: Bock was sacked from a season high of six times in Notre Dame’s loss to Clemson in the Atlantic Coast Conference Championship match. Almost two-thirds of Alabama’s 32 sacks have come in the last four games. An early breakout from Alabama might signal a bleak day in front of Fighting Irish, but look out for Notre Dame to try to improve on the running game that only gained 44 yards in the ACC title match.