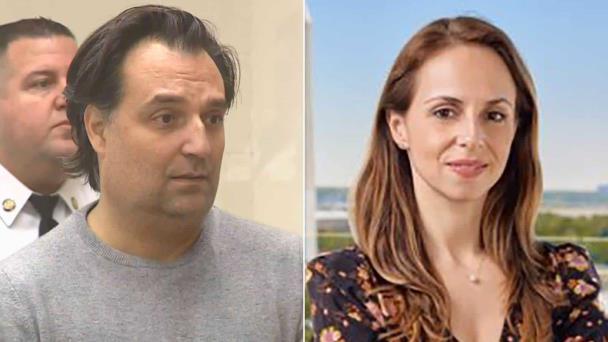 What happened with Ana Walshe? A 39-year-old woman who disappeared over New Years in Cohasset, Massachusetts, in the United States; Almost 7 days after her search, her husband is in custody.

Ana Walshe She was reported missing by her boss on January 4, after she did not show up for work and allegedly her husband called to say that he had not heard from her.

After the complaint, the authorities began the search for the mother of three children aged 2, 4 and 6; However, until this Tuesday, January 10, they have not found her whereabouts.

While her husband, identified as Brian Walsheit was arrested last Sunday, January 8after having given false statements regarding the disappearance of Ana Walshe and affect the investigation.

Here we tell you what we know about Ana Walshe and his disappearance, the case that has shocked Cohasset, Massachusetts, in the United States.

What happened with Ana Walshe?

According to local media, Ana Walshe was last seen by her husband, Brian Walshe 46 years old, between 4:00 and 6:00 a.m. New Year.

Later, around 6:00 am, the woman would have requested an Uber or Lyft to go to the airport, where she was scheduled to fly to Washington DC due to an emergency at work, according to the spouse.

after that, Brian Walshe, husband of the disappeared, pointed out the activities he did during the day, where he highlighted shopping at Whole Foods and CVS stores, in Swampscott; nevertheless, it could not be verified that the man was in those places.

As to Ana Walshe, it is known that he bought a plane ticket to travel to Washington DC on January 3, but never used it; The woman also did not come to her job in Washington, DC, or to her apartment.

Similarly, investigations by US authorities have determined that no Uber or Lyft picked up Ana Walshe at her home on January 1.

Additionally, Ana’s cell phone rang in the area of ​​her home on Cushing Highway in Cohasset, Massachusetts, on January 1 and 2, after her husband said she had already left.

Sunday January 8 Brian Walshe was arrested by the US authorities, who pointed it out for misleading investigators in the search for his missing wife.

That same day, after obtaining a search warrant at the Walshes’ home, the Authorities located traces of blood in the basement, in addition to a damaged knife covered in it.

Notably Brian Walshewho was under house arrest for a fraud he committed, presented unusual activities on January 2, as he said he had gone out for ice cream with his son.

However, it was also found that the 46-year-old man went to Home Depot, where he bought $450 worth of cleaning suppliesamong them:

In addition, he was seen wearing a black surgical mask, blue surgical gloves, and paid for his purchase in cash; Similarly, searches related to murder were found on their mobile devices.

In this sense, on January 9, the authorities of the Quincy District Court, in the United States, Ana Walshe’s husband was prosecuted for deceiving the police between January 5 and 7, during the course of his investigation into his missing wife and delay the investigation.

Well, as they pointed out, by giving false testimonies Ana Walshe’s husband would have had an opportunity to clean up or dispose of the evidence.

Therefore, the man must cover a bond of $500 thousand dollars in cash, if he wishes to be released from jail.

Meanwhile, the land search for Ana Walshe It was already suspended, after two days without having favorable results.