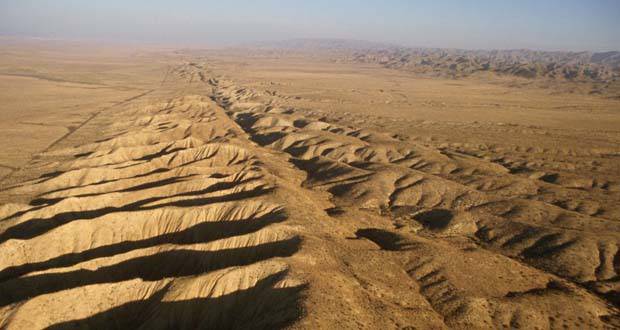 The mega-earthquake that would be considered one of the worst natural disasters in history is expected to occur in the state of California, in United States. It’s about the san andreas faulta geological phenomenon that puts the entire Californian population on alert.

As has been portrayed in several films, the San Andreas fault represents an imminent danger as it could unleash a major earthquake and, according to the journal Science Advances, a flood of “colossal” dimensions.

This fault reaches a length of 800 miles (1,287 kilometers) and marks the boundary between the Pacific Plate and the North American Plate. It is estimated that the fault is displacing the city of The Angels at a rate of 4.6 centimeters per year. Although this is almost imperceptible to humans, it has already caused damage to various infrastructures.

The reason why the mega-earthquake is expected is because in the northern and southern sections of the fault, the tectonic plates are locked, accumulating tension that at some point must be released.

The seismologists of United States Geological Survey carried out a simulation of the earthquake, whose magnitude would be 7.8 and is expected to start in southern California near the Salton Sea and move along the fault, hitting Los Angeles, the second most populous city in the United States.

“According to current weather-independent models, there is a 75 percent chance of a magnitude 7 or larger earthquake in both Northern and Southern California in the next 30 years,” explains Mostafa Khoshmanesh in the magazine Nature GeoScience.