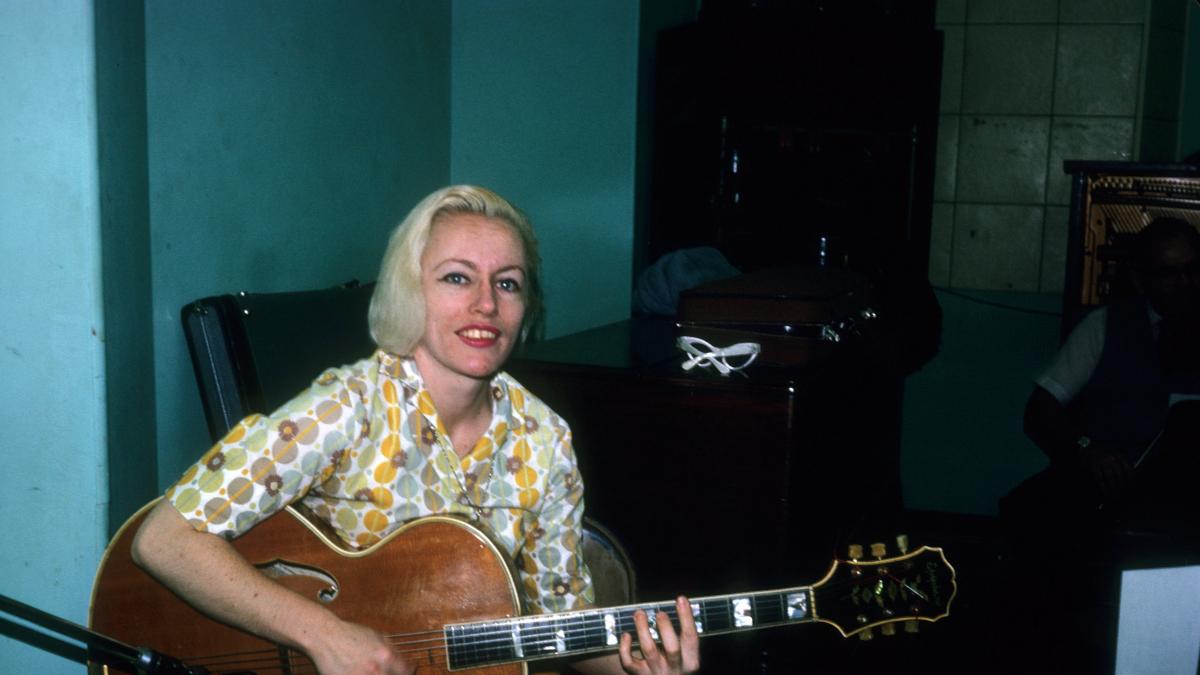 The rock scene has been dominated by men – now less – so that the women who made history, either as stars or musicians session , they were really extraordinary. This is the case of an American guitarist and bassist who, already in the sixties, turned everything that played . Since Good vibrations from the Beach Boys to the iconic Suspicious minds by Elvis Presley or River deep, mountain high by Tina Turner, which Phil Spector produced. Or the tunes of Hawai 5-0, M.A.S.H., Ironside and Mission impossible .

Not only was she a pioneer as a woman in the world of session musicians, but she also broke barriers by playing on countless albums, TV series or movies.

In all of them, the one who plays the bass is a woman. And with a spike. The bass, that apparently inaudible instrument that sustains the groove of every song, the one that can crush it or, on the contrary, give it the touch of grace, salt, life, magic. Her name was Carol Kaye, and at 85 she continues to give master classes.

Not only was she a pioneer as a woman in the world of session musicians, but she also broke barriers by playing on countless albums, television series or movies. Whoever tried it no longer wanted anyone else.

Born in Everett, Washington, the daughter of professional musicians, she took classes with Horace Hatchett, who hired her to teach alongside him. At the age of 14 he was already making money: he started as a guitarist playing bebop with various bands in dozens of night clubs from Los Angeles while taking guitar lessons.

Her first opportunity to enter a recording studio was in 1957. She was hired as rhythm guitar on Sam Cooke’s recording of the songs. Summertime and What a wonderful world . Others such as Unchained melody para los Righteous Brothers, La Bamba by Ritchie Valens o Surfin’ USA de Beach Boys.

As legend has it, it was during a 1963 session for Capitol Records that Carol Kaye picked up the bass. The bass player hadn’t shown up. “It must have been very shocking because only four months later Fender Bass Player was chosen No. 1 by people from record companies, film and television,” wrote the musician Joan Pérez in the now defunct magazine Bass player, that for years Max Sunyer directed musically.

The sound he got from his bass playing with a pick was different from most, who played with the thumb

The producers loved her for many reasons: she was very professional, she did any job without errors and she had the most ideal character, it was easy to get along with her. She read at sight like no one else and improvised like a goddess. But above all, he created a sound of his own. With initially spartan equipment, the sound he got from his pick bass was different from most, who played Monk Montgomery-style with their thumb. And it was versatile, it could reproduce the sound of a double bass or the treble of a six-string Danelectro.

Frustrated guitarist? No. Although she became famous with the bass, this woman trained in jazz but mastered funk, rock, blues, Latin … did not stop playing the guitar, always creative, always giving the touch, the feeling. Happy new year, teacher!