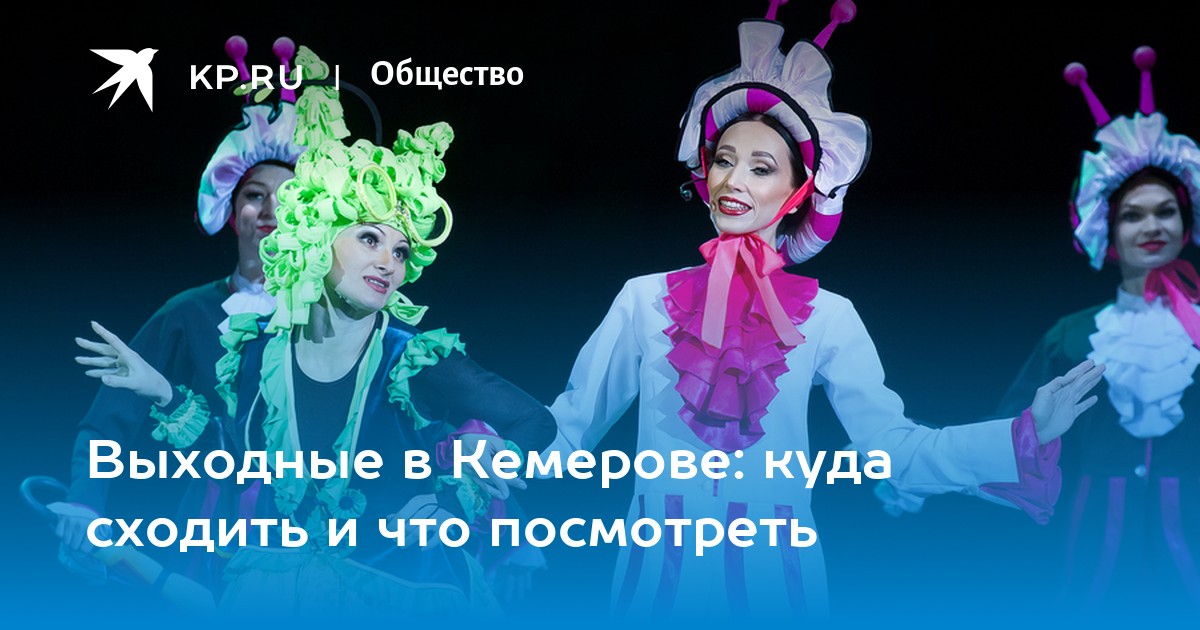 The musical is full of fun and catchy melodies and sparkling dances. Photo: Philharmonic Society of Kuzbass

Mystery of the country of Mu

We are taking the child to the Philharmonic.

How to live without music? There is no life without music! And the inhabitants of the magical land of Ant, or, in short, Mu, are convinced of this, from which once all music disappeared due to the fault of the tsatse caterpillar …

In the middle of a white and snowy winter, the guys and their parents – guests of the State Philharmonic of Kuzbass – together with the heroes will go on a journey to colorful Ant, where funny spiders, mischievous grasshoppers and fearless centipedes live.

By the way, the music for the fairy tale “The Mystery of the Country of Mu” was written by the poet and composer Tatyana Zaluzhnaya, better known to the audience under the pseudonym Lyubasha. Almost all of her songs are familiar to us – she wrote songs for Philip Kirkorov, Natalia Vetlitskaya, Christina Orbakaite.

Tatiana Zaluzhnaya is the author of children’s books of poetry and songs “Barbariki. Songs and Poems ”,“ Friends Have No Day Off ”,“ New Poems and Songs for Children ”, author of music and libretto for children’s musicals“ Checkered Zebra ”,“ Checkered Zebra-2: New Year’s Adventures ”.

Lyubasha really liked The Riddle of the Country of Mu, and she gladly agreed to write music for the Philharmonic fairy tale.

The musical is full of funny and easy-to-remember melodies and sparkling dances; the audience will also remember the scenery and costumes invented by the Honored Artist of the Russian Federation Viktor Akimov, who is familiar to the audience for other creative projects – “A Tale of Time”, “White Tale” and others.

See Also:  From the life of kept women: part three

The organizers note that due to the difficult epidemiological situation, the festive program in the foyer near the Christmas tree has been canceled, but Santa Claus and Snow Maiden will certainly congratulate the guys from the stage. Well, in the lobby itself, New Year’s photo zones and locations are organized for spectators.

The play “The Night of Mistakes” is a gallery of vivid images, brilliant comedic situations, a cheerful and festive show. Photo: Shot of the performance

Let’s go to the show.

The theater for children and young people invites you to the play “The Night of Mistakes” – a mischievous play based on the play by the English playwright of the 18th century Oliver Goldsmith, built on a cycle of funny misunderstandings, tricks and practical jokes.

A chain of incredible events unfolds in the house of a respectable English family, whose peace is disturbed by two young London gentlemen. In the house of the Honorable Mr. Hardcastle, where his daughter, pupil and adopted son lives, there are many young people. In one short summer night there are so many mistakes and misunderstandings that the poor head of the family is unable to figure out: who is in love with whom? Who hates whom? It’s good that the night of mistakes is over, and morning and love put everything in its place.

The play “The Night of Mistakes” is a gallery of vivid images, brilliant comedic situations, a cheerful and festive show. Just suitable for the New Year holidays.

Theater for children and youth

The Flying Ship is a wonderful tale about the tsar’s daughter Zabava, who wants to marry for love. Photo: Shot of the performance

If you get married, then only for love!

We are watching a funny production.

This wonderful tale is about the tsar’s daughter Zabava, who wants to get married without fail for love. But the trouble is: she fell in love with the chimney sweep Ivan, and according to the tsarist laws, this cannot be. But young people fell in love with each other so much that they are not afraid of any obstacles. Their bright feeling and Ivan’s kind soul penetrated even the forest evil. Grandma-hedgehogs liked the respectful and courteous young man, they told him the cherished words. And the soft-bodied Vodyanoy is generally Ivan’s first assistant: he helped to get the tool, and presented a new outfit. True love and friendship once again defeated evil.

The library will tell you how to do it.

The Kemerovo library for children and youth has prepared a wonderful exhibition “New Year’s Adventures” for young townspeople and their parents.

The exhibition will present fiction for children and adolescents about miracles and adventures that happened on New Year’s Eve and Christmas holidays. Agree, it’s time to read live books, because during the period of the pandemic and distance learning from phones and tablets, many were simply tired.

During the exhibition, readers will be able to get acquainted with the stories and stories of writers – representatives of both Russian classical literature and contemporary authors. Real and fantastic plots of the books will allow you to plunge into the world of traditions of celebrating the New Year in different parts of our Motherland and foreign countries; delve into family stories related to Christmas; learn legends, superstitions, signs dedicated to the main winter holidays.

Library for children and youth