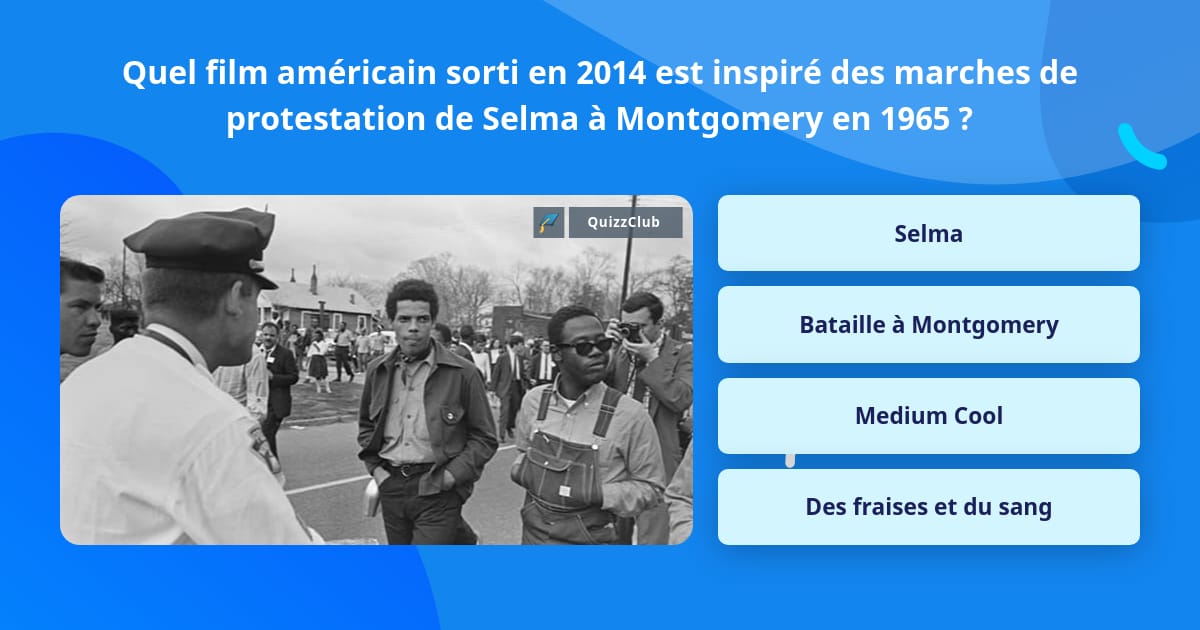 Selma is an American-British film directed by Ava DuVernay, released in 2014. But Selma is also a town in Alabama. It is directly inspired by the events that took place in the city of Selma (Alabama) in 1965, concerning the American civil rights movement.

Selma is the story of historical events that took place in the town (then on the road between Selma and Montgomery), which have been referred to as the Marches from Selma to Montgomery. In particular, the film represents the role played by Martin Luther King (played on screen by David Oyelowo).