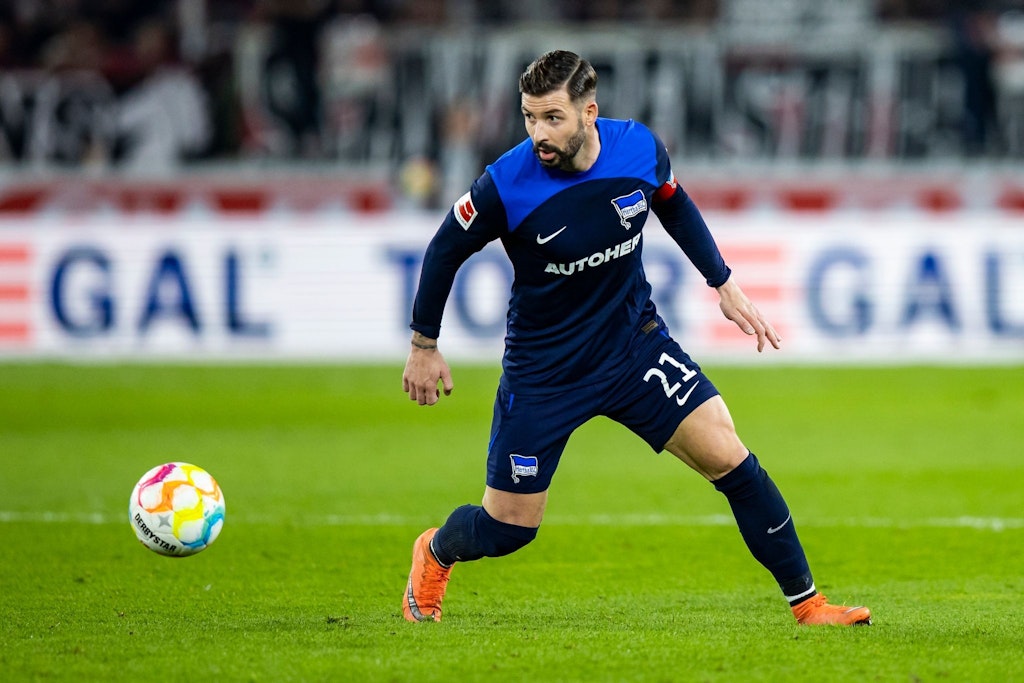 HomeSportHertha faux pas: what the absence of Plattenhardt in Florida entails

While the young players can recommend themselves to Bundesliga coach Sandro Schwarz in the training camp, the captain trotts across the pitch with the Hertha boys.

When the Hertha BSC players pulled their suitcases from the bus to the chic Legacy Hotel of the IMG Academy in Bradenton on Tuesday, it was already dark in Florida. The accommodation promises beautiful mornings for the Bundesliga professionals for the days in the training camp: “Wake up with passion and energy, surrounded by a wealth of first-class amenities,” says the hotel website. The gray Berlin mornings don’t look quite as pleasant for Marvin Plattenhardt at the moment.

The Hertha captain had to stay at home because of his vaccination status. “We discussed the issue beforehand. This is not a problem for us. We’ll take it the way it is and we’ll make the best of it,” said coach Sandro Schwarz: “Platte will train with the U23s and join us again when we return.”

Plattenhardt is missing as a specialist for free kicks and corners

So while talents from Hertha’s junior teams like Lukas Ullrich, Pascal Klemens, Julian Eitschberger or Tim Goller can use the hotel pools in Florida and coach Sandro Schwarz on the pitch, Plattenhardt trots across the pitch with the Hertha boys. The captain, who specializes in free-kicks and corners, is missing when it comes to developing team spirit, fine-tuning and practicing set pieces in Florida.

This is quite a faux pas for both Hertha and Plattenhardt. Did the club simply oversleep checking the US entry requirements? Or is the absence of the 30-year-old even convenient for the club, which wants to focus primarily on its youth in the future? After all, U19 national player Lukas Ullrich, 18, has long been an extremely talented guy on the left-back position, whom Hertha has to offer a perspective. The contract of the courted Berliner expires at the end of the season. Just like that of Plattenhardt.

In the last catastrophic season under Felix Magath, he celebrated a comeback from the forgotten – and secured relegation with his free-kick goal in the relegation. But as an interceptor he has poor statistics this season and offensively he has so far been able to contribute little to scoring in the black system.

Hertha BSC flies to the training camp in Florida, where a new top scorer is waiting

Like Davie Selke and Vladimir Darida, Plattenhardt is one of the top earners on the team. Manager Fredi Bobic must continue to save. After attacker Florian Niederlechner, 32, from FC Augsburg, he also signed Fabian Reese, 25, from Holstein Kiel as a summer addition on Wednesday, he just let Selke and Darida go on a free transfer. And already at the beginning of the season, using Dedryck Boyata as an example, it became clear that the captaincy at Hertha should not be understood as a guarantee of continued employment.